West Bromwich Albion have offered a contract to free agent Owen Hargreaves. The injury plagued England international, who was released by Manchester United at the end of the 2010/11 season was made the offer by Baggies manager Roy Hodgson and the club’s technical director Dan Ashworth, both of whom are relatively convinced about Hargreaves’ fitness.

Hodgson however said he was not sure whether Hargreaves would accept the offer from the Baggies in light of interest from other parties. 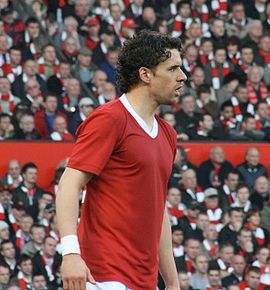 When I left at 6pm on Tuesday, Owen was just about to leave at the same time.

“And we made it clear: ‘Look, we’ve done the test, we agree with you, and your man Alex, that the knee’s OK and you can play football. And of course if you’d like to come and play for us that would be lovely.’

“But whether or not our offer is going to be interesting to him, that’s what I don’t know.

“He was looked at by our doctor, Mark Gillett, who was at Chelsea, who’s quite an eminent person in his field.

West Brom’s opening game of the 2011/12 season is against Manchester United.