Is David Moyes solely to blame for United’s struggles? The Scot has copped flack for Manchester United’s poor start to the season, with the Red Devils languishing in 9th after 15 rounds of the Premier League, currently a whopping 13 points off the pace. United recently lost two league games in a row at Old Trafford, a sight some of the club’s younger fans have never seen in their time. One of those losses was to Moyes’ former club Everton, who had never won in 20 previous visits to the Theatre of Dreams.

So, how much of the blame lies at Moyes’ feet? His arrival at Old Trafford over the summer was warmly greeted by most of the United faithful following the departure of Sir Alex Ferguson but the transition so far has not been as smooth as many at the club would have liked. With pretty much the same squad at the Red Devils, which won the Premier League title at a canter last season, the players so far have been unable to repeat their efforts from 2012/13. The only major signing Moyes made over the summer was Marouane Fellaini, and the Belgian hasn’t justified one bit of the £27.5m invested in him. Bids for Cesc Fabregas and Ander Herrera didn’t work out. The name of Wesley Sneijder is being furiously linked to United as the winter window draws near, but that could cause dressing room problems given the supposed difficult relationship between him and Robin van Persie. 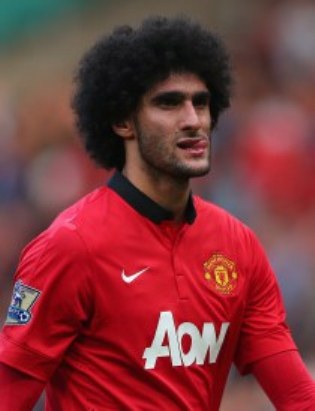 Many people will agree that United overachieved last season with the squad they had, and plenty of it was due to the “Fergie factor”. This year, chinks are being found out (especially in midfield), the late goals aren’t coming and referees aren’t giving away penalties. The aura surrounding Old Trafford is diminishing and every team going there now thinks they have a chance, a far cry from previous days where their shoulders would been seen slumping even before entering the tunnel.

To his credit, Moyes has not shirked away from responsibility , admitting that his players were hurting. United fans, so used to seeing their side brush away opposition with disdain, are equally shocked at other teams dominating their side. The boots were always big to fill, and even more so at Old Trafford, where as Moyes says, “they are used to winning every game”

Another factor oft ignored is the fact that Moyes his revamped the entire United backroom, bringing in his own personnel and dispersing with many of Ferguson’s staff.

United are now a massive 25/1 with Paddy Power to win the title. Odds like that would have been snapped up at the beginning of the season, but now, fans are apprehensive, with some doubting whether United will even finish in the top four.

United have been decent in the Champions League so far. The highlight was a 5-0 thrashing of Bayer Leverkusen in Germany, and they’ve topped their group to avoid the likes of Bayern and Real Madrid in the Round of 16. They have proved on the European stage in the Champions League that they are still a force to be reckoned with, and the odds for them to win the CL (18/1) are significantly lower than the odds to win the Premier League.

My reckoning is that the United board will give Moyes time, but failure to qualify for the Champions League, might lead to him exiting OT before the end of the season. The league title looks a far fetched proposition, and it wouldn’t been unfair to say that Moyes’ targets now would roughly be the same as AVB’s at Spurs- ie European qualification and a domestic/European Cup as an additional bonus.