Chelsea legend Frank Lampard has been hitting the headlines recently thanks to some major announcements regarding his career.

The 36-year-old officially announced his retirement from international football on Tuesday 26th August after 15 years playing for England, earning him 106 caps. Lampard said of his exit: “I have always been exceptionally proud and honoured to represent my country and have to say looking back I have enjoyed every minute of wearing the England shirt.

“Due to my club career now going in a different direction it is of utmost importance for me to consider my family first – also, to concentrate on how I can perform consistently to the best of my abilities over my next few years in club football.”

Lampard will now move onto pastures new as he takes up his position with the new Major League Soccer franchise in New York City. Over on English soil, however, the star has agreed a short term loan deal to join last year’s Premier League champions, Manchester City. The Citizens will also pay all of Lampard’s wages for the duration of the loan.

The move comes as a controversial shock for Chelsea fans, and many are now citing Lampard’s move to City as simply a much-needed effort to fill quotas. 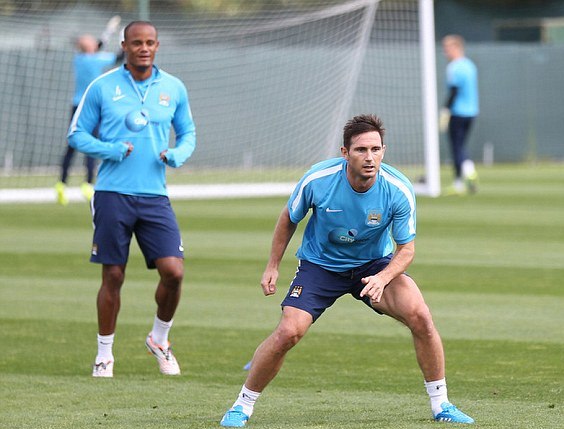 The official home grown quota, states that in each 25-man squad, eight players must have been trained on home soil.

The definition of a home grown player is straightforward- a player who has been trained for three years by the club (or any other club in the same association), regardless of nationality, between the ages of 15 and 21.

Man City, like most cash rich clubs, have bought established foreign superstars in their quest for success and have had some issues fulfilling quotas given the recent departures of some of their homegrown players. Gareth Barry was the first to make the move, transferring to fellow north-westerners Everton last summer. In July this year, Joleon Lescott made the decision not to renew his contract. Jack Rodwell has made a £10 million transfer to Sunderland, while Micah Richards chose to try out newer pastures with a switch to Fiorentina.

However City have been given some relaxation- they only need five instead of eight, after having their Champions League squad size trimmed from 25 to 21.

They aren’t too many Champions League quality players who fulfill the quota for City apart from Joe Hart, James Milner and Gael Clichy.

Lampard of course fulfills this quota, and what adds to the drama is the fact that New York City, like A-League based Melbourne City, are owned by Man City. It looks obvious that Lampard’s move to Manchester via New York has been a well thought out one by the men in charge at the Etihad.

Lampard himself has made no such comment on whether or not his move was to satisfy quotas, and instead expressed his delight at the move.

“Joining up with Manchester City is a fantastic opportunity for me to continue to train and play at the top level and make sure I am in top condition for New York City.”

However others haven’t been so accepting of the transfer, with Arsene Wenger openly questioning City’s motives behind the switch.

There are other “home grown options” for City like Richard Wright, Derdyck Boyata, Scott Sinclair and John Guidetti but they’re not really players who would have Bayern and Barcelona quaking in their boots, and Pellegrini cannot afford passengers in his already reduced squad size of 21. City have struggled to impress in the CL in recent seasons, and their owners are beginning to get tired of waiting for success in Europe.