Kris Commons looks likely to stay at Celtic beyond the January transfer window, but his long-term future at the club remains in the balance. The former Scotland international is out of contract in the summer and the two parties have yet to reach an agreement on an extension. 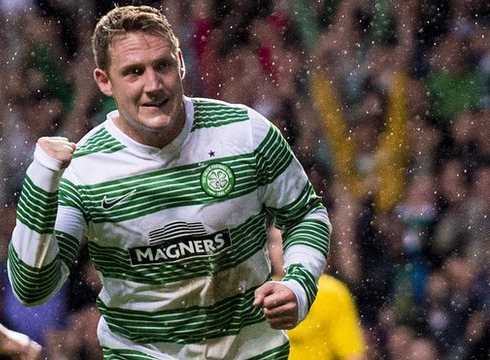 Will Kris Commons stay at Celtic?

Commons insists he is not being greedy and is just looking for a two-year contract. Reports suggest Celtic have offered a one-year deal with the option of another 12 months dependent upon the 31-year-old playing a certain number of games. Commons has also said he’s looking for commitment from Celtic after giving up his international career to prolong his career at Parkhead.

You can certainly see why Commons is reluctant to commit to the option supposedly on offer. This season he has started only half of Celtic’s 22 Scottish Premiership games to date, with injury admittedly playing some part in that tally.

It’s a big contrast to last season, when Commons scored 32 goals for Celtic in all competitions and won both Footballer of the Year awards.

This time around, as on date, he has scored seven goals in 27 appearances in all competitions. Only four of those have come in the league (2 in the Europa League + one in the Scottish League Cup) and that is why he is now a very long 25/1 shot in the market for Scottish football betting to finish top scorer again. Despite these stats, it must be remembered that Commons is Celtic’s second best scorer in the league this season after Anthony Stokes. For a player who has averaged a goal nearly every two games through his SPL career, it is not the worst price in the world. 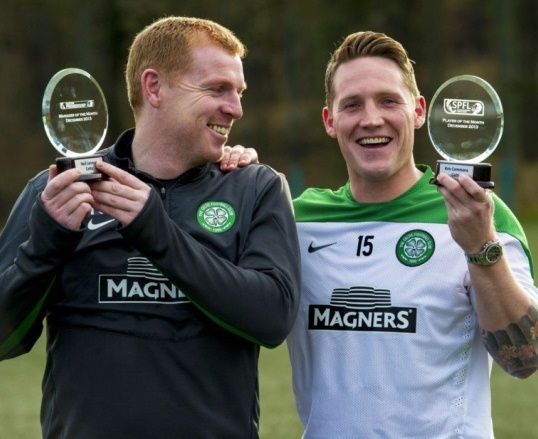 Will Commons be reunited with Neil Lennon?

Celtic’s winning run during Commons’ injury absence earlier in the season showed Ronny Deila can cope without the playmaker. Celtic won all four league games without Commons and six out of seven in all competitions. At the same time, Commons showed how vital he is by scoring the only goal at Ross County last weekend, helping the Bhoys to stay top of the league.

For all that Celtic want Commons to stay at Parkhead, and for all that the player is keen to remain, with his partner Lisa dropping a hint about the former Derby man’s future, it is not as if there is a shortage of interest from other clubs.

Former Celtic manager Neil Lennon has made no secret of his interest in a reunion with Commons at Bolton. A bid was rejected at the start of the January window and Lennon is now prepared to wait until the summer to try to sign Commons on a free transfer.

English Premier League clubs Crystal Palace and Leicester were also linked with bids, along with teams in Major League Soccer in the United States. A figure of £250,000 was described as ‘insulting’ by Celtic when Palace were linked with Commons back in December.

So Commons is unlikely to have a problem finding a new club at the end of the season if he can’t agree a new deal at Celtic.

His record at Celtic makes for impressive reading since his January 2011 move from Derby. He has scored over 70 goals in just over 170 appearances, is a three-time title winner and has won the Scottish Cup twice. It is a fair bet he will end the season with a fourth title.

He is still a vitally important player and can make a telling contribution in the remaining months of this season.

It would be a shame to see Commons leave Celtic when there must surely be a compromise to be reached for him to stay on.