In what became one of the worst kept secrets in football, Sam Allardyce was unsurprisingly relieved of his duties as West Ham manager minutes after their end-of-season 2-0 defeat at Newcastle. The result ultimately enabled his former club to remain in the Premier League, but although he steered his most recent employers to a comfortable mid-table finish, it became evidently clear that his position had become untenable due to growing unrest from the fans and the board making numerous approaches for other managers. Allardyce has earned an impressive reputation for building safe top-flight teams, but although West Ham were third on Christmas Day after playing some scintillating football, it was not consistent enough for the fans’ liking as the club managed just three league victories in the current calendar year.

With West Ham set to move into the Olympic Stadium which holds an impressive capacity of 80,000, it is perhaps understandable that chairman David Gold is lining up a high-profile manager that could make headlines for all the right reasons. With West Ham having qualified for the Europa League, Gold and co. must move fast , but they have publicly said that the quality of candidates they’re attracting is far greater than, say five years ago. 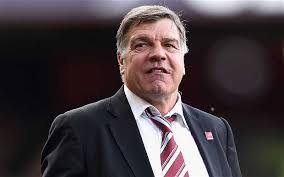 Some of Allardyce’s decisions, like underplaying the classy Nene (he’s now been released with Carlton Cole, Guy Demel and Jussi Jaaskelainen), have been a bit baffling, and there’s been a clear chasm between him and the powers that be at the club. Most fans werent too unhappy to see the back of Big Sam and are now hoping for a man, who can play attractive, and more importantly, winning football that will atleast ensure a spot in Europe every season and see the club grow from strength to strength. Allardyce has himself said he will take a break despite been favourite for the Sunderland job according to most bookies.

It may seem ambitious to think that the Hammers could approach the likes of Jurgen Klopp and Carlo Ancelotti who find themselves out of work this summer, but there are four names which instantly stand out as ideal candidates for the West Ham job. 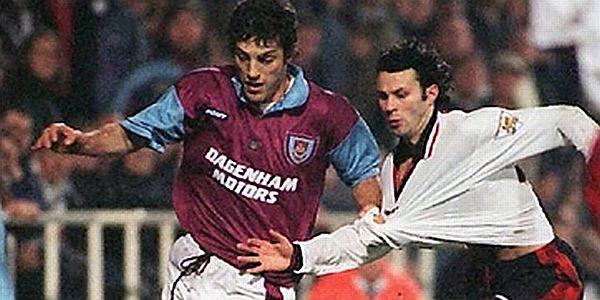 While Allardyce was an unpopular choice to replace and subsequently failed to win over the fans, there is one man who everyone at West Ham would instantly warm to – Slaven Bilic. The former Hammers defender has remained an iconic figure at the club, with Bilic since developing into a highly-rated manager during spells with Croatia and Besiktas. His decision to leave the Turkish Super Lig team has instantly sparked rumours that the 46-year-old could be set for a return to a club close to his heart, and while other European clubs such as Schalke may consider an approach, bookies have installed Bilic as the firm favourite to take the West Ham hotseat. Impressive performances against Arsenal and Liverpool illustrated the exciting and attacking brand of football that Bilic prefers to play – an aspect of his managerial qualities that fans have been crying out for at their club.

Unai Emery will be remembered as the manager who masterminded Sevilla’s passage towards becoming the most successful club in Europa League history, but despite their 3-2 victory over Dnipro in Warsaw, the energetic Spaniard’s future remains unclear. Emery has one year left on his contract, and while he has led Sevilla to an impressive 5th place finish in La Liga and towards Champions League football next season, he has refused to play down links with West Ham. Sevilla have been a joy to watch this season under Emery, with their fluid, passing style of play winning many admirers under a manager who is equally as active on the touchline as his players are on the pitch.

But Emery is also on the wishlist of both Real and Napoli, which makes his chances of coming to West Ham a little more difficult

West Ham have had an approach for Marseille coach Marcelo Bielsea rebuked, but are still said to maintain interest in Dutch legend de Boer, who has guided Ajax to four consecutive league titles before finishing runners up to PSV this year. Wages are not an issue, with West Ham ready to better his £2m a year salary, and if De Boer wants a new challenge, then the Hammers, with their ambitious board and European football available, may not be a bad bet.

It is often easy for short-mindedness to creep in where football is concerned, and while David Moyes may be more remembered for the hugely disappointing spell in charge at Manchester United, many forget the wonderful work that he did at Preston and Everton to become a highly-intelligent manager. Moyes is currently at La Liga side Real Socieded, and while there is a suggestion that he may have underachieved at a club that have regularly finished in the top half in recent years, the 52-year-old has managed to transform their fortunes by leading them away from a potential relegation battle. The Scot also has the distinction of being victorious against Barcelona this season, but despite this hugely impressive achievement, Moyes would jump at the chance of returning to England. Although Sunderland have emerged as a potential destination, West Ham have also been linked with a move to secure his services this summer; it may take a good offer to prize him away from Real Sociedad, but being offered the chance of redemption in the Premier League may be too good for Moyes to turn down.