There are some really tasty fixtures on the telly this weekend before the football world takes a two week break for international games. The real big one this weekend is still Arsenal v Man Utd (although German and Spanish fans would make a case for Bayern vs Dortmund and Atletico vs Real respectively). While the other rivalries have only become more interesting in recent years owing to the increase in competitiveness for Dortmund and Atletico, Arsenal vs Man Utd has always been a tough one to predict with both teams not prepared to give an inch.

Not much separates the two teams in the league standings going into this clash. United rose to the top for the first time in two years courtesy of last weekend’s win over Sunderland, but Arsenal aren’t too far behind. The Gunners, who saw off in form Leicester 5-2 at the King Power Stadium, are only three points behind the Red Devils 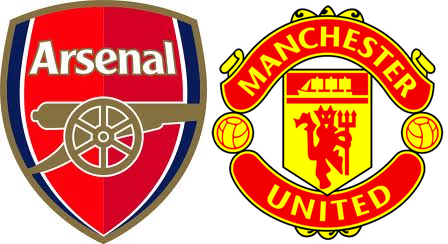 However United might be considered slight favourites given that they won in midweek against Wolfsburg and Arsenal, inexplicably, slipped up against Olympiakos at the Emirates. Arsene Wenger’s side are on a slippery footing in Europe having lost their first two games and face a tough task to qualify with Bayern to face them in two of their remaining four games. Wenger surprisingly chose David Ospina over Petr Cech against the Greek side, but the latter should be back in goal this weekend against LvG’s men.

The month of October has some tough fixtures for United. They face Arsenal and Everton, both away, followed by a long trip eastwards to Moscow to take on CSKA. Four days later, they’ll be back at Old Trafford for a Manchester derby against local rivals City. United have been in great form since losing to PSV in mid September, and Louis van Gaal will be keen to see his charges continue their run and cement their position at the top of the Premier League table.

What happened on Man Utd’s last visit to the Emirates?

That was back in November last year, with an own goal from Kieran Gibbs and Wayne Rooney’s late strike giving United a 2-1 win. Olivier Giroud’s 95th minute goal, superb strike that it was, was to be a mere consolation for the Gunners.

Who will win this game?

Man Utd of course are in form, but Arsenal do have home advantage. Tough game to call, but Gordon Hill has backed Arsenal for this one. Check out the the Wealdstone Raider’s acca tips for this weekend’s Premiership fixtures (he’s also tipped Everton to put one across Liverpool).

Juan Mata has also said that Man Utd are “tired” after their exhausting encounter with Wolfsburg, and this may play into Arsenal’s hands, especially if the game is still up for grabs in the last quarter, with the Emirates faithful urging their men forward.

Last five meetings at the Emirates between the two teams