The story of Jose Mourinho’s job security (or lack thereof) at Stamford Bridge has become one of the predominant themes of the 2015/16 Premier League season. On top of an endless onslaught of news stories about the possibility that he might be sacked, Mourinho has been trashed by former Chelsea stars in the lead up to the Blues’ Round 16 clash against surprise league leaders Leicester City.

In particular, ex-Blues striker Adrian Mutu, now playing his trade in the Indian Super League with Pune City, had some pretty harsh words, describing Mourinho as someone who’s been a good coach in the past but is “a fake” as a person, and possibly “finished” as an effective coach. Mutu further added that Mourinho only looked after himself, and had no consideration for how his players were feeling and thinking, and said that they could not go and talk to him.

It’s not exactly the type of language a major English club or coach wants to hear, and given the rumours swirling about the discontent among players at the Bridge (Eden Hazard and Diego Costa to name a couple), and it’s only served to darken the clouds hanging over the Special One. 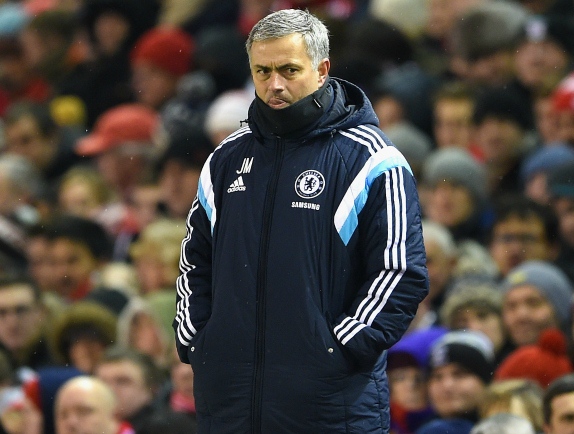 But this isn’t an issue that’s come about solely because of the disapproval of fans or former players. The core issue is Chelsea’s performance, and that’s the most damning detail for Mourinho. In many pundits’ preseason title predictions for the EPL, Chelsea were selected as pretty clear favourites along with Man City. And that was on the basis that they were returning the bulk of a squad that won an impressive domestic title just last spring. Indeed, in 2014/15 the Blues were not just the class of English football but one of the better clubs in Europe. And at the time it seemed as if the roster was set up for a sustainable run of at least a few years at a similar level.

But that’s all history now, of course. From the very beginning of the 2015/16 campaign, Chelsea have looked like a mess. As the team keep missing opportunities to turn the season around, it’s become clearer that there might not be a light at the end of the tunnel. Things were so bad early on that calls for Mourinho’s sacking began all the way back in October, with the coach insisting he wasn’t worried about his job security. But since October, things have only gotten worse.

After wrapping up a dreadful October with a 1-3 loss to Liverpool at Stamford Bridge, Chelsea have managed just one win in the league through November and December thus far, with losses to Bournemouth and Stoke City—neither of whom are top-10 teams. Chelsea did at least manage to advance to the Round of 16 in Champions League play, but fans aren’t exactly holding their breath for a deep run in the UCL.

And now Mourinho finds himself in a tricky spot heading into the middle of December. Roman Abramovich has been known for axing managers swiftly, but has decided to give Mourinho a slightly longer rope, or so it seems. Chelsea will travel to Leicester City on Monday, December 14th, less than a month after Mourinho said Leicester City would not contend for the championship. In fairness to Mourinho, he said it in the context of commending the club on its play in the early going. However, it still takes quite an ego to say a team at the top of the tables can’t contend while he’s in the midst of an absolute disaster of a season. On top of that, Mourinho’s job may finally be on the line. . There have been rumours to that effect for what feels like Chelsea’s last five or six fixtures, but if the Blues are embarrassed by the top team in the league (Chelsea are already SEVENTEEN points behind the Foxes), it may be the end for Mourinho.