It was an open secret, but the Italian football federation have today officially confirmed that Antonio Conte will step down as Azzurri coach at the end of this summer’s European Championships. Conte took over the national job from Cesare Prandelli in 2014 and took Italy to the Euros as winners of Group H in qualifying. Italy under Conte have suffered only one defeat, and that was in a friendly against Portugal last year.

FIGC boss Carlo Tavecchio also added that Conte would be returning to club management, and many see this as a confirmation that he will be at Chelsea next season. Conte has been long linked with a move to Stamford Bridge to take over from the departing Guus Hiddink and he will have some serious work to do in London, rebuilding the confidence of a side that has had a disastrous season so far. The Blues, champions in 2014/15, are floundering in mid table and will be trophyless this season following exits from the League Cup, Champions League and FA Cup. 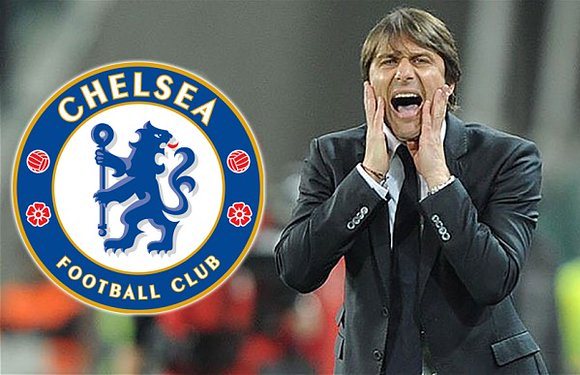 Rebuilding a side was exactly what Conte did at Juventus, and with great success as well. The Bianconeri have well and truly put the match fixing scandal behind them as they dominate Serie A, and a large portion of the credit for that revival goes to Conte. He won three consecutive titles with the Old Lady, and was instrumental in the development of players like Carlos Tevez, Paul Pogba and Arturo Vidal. 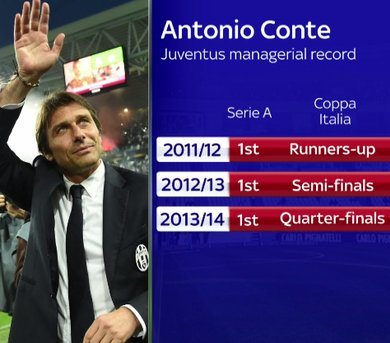 Tevez even likened him to Sir Alex Ferguson- high praise indeed from the talented, but temperamental Argentine forward.

That brings us to the question- will Conte be a good fit for Chelsea? The Blues have had some great success with Italians in the past- Gianluca Vialli, Gianfranco Zola, Carlo Ancelotti and Roberto di Matteo to name a few, and if we go by history, Conte should be successful at the Bridge.

The gaffer is not one to shoehorn players into already decided roles, but decides on a system after weighing up the abilities of his players. At Bari and Siena, Conte employed an attacking 4-2-4 formation, but chose not to use it at Juve because he did not have the right players at his disposal to make the best use of it.

Conte’s obsession with tactics have often seen him likened to Jose Mourinho, and he prefers players with a high work rate and those who put the team above self. That might cause him to rub a few players the wrong way in the Blues dressing room, but he will receive full backing from Roman Abramovich to create his own squad as Chelsea aim to return to past glories. The Blues are expected to appoint Conte on a three year deal, and will allow him to bring along his own assistants (Angelo Alessio and Massimo Carrera)

If Conte succeeds with Italy at the Championships, it will only add to his aura before coming to the Bridge. The Azurri are in a tricky group alongside Belgium, Ireland and Sweden, but many placing bets on Euro 2016 will fancy them to progress to the knockout stages.

With Conte at Chelsea and Mourinho at United, plus Klopp, Pep Guardiola, Ranieri and Pochettino, the Premiership is sure to be one tightly contested league in 2016/17.