With less than two months to go until the start of the European Championship in France this summer, players, fans and managers alike could be forgiven for having one eye on a tournament that promises to provide a wonderful feast of football. It will be the first in competition history to feature twenty-four teams instead of the traditional sixteen, with the increase in participants providing ardent football fans worldwide with even more action to savour from some of the best players on the international stage. Some heavyweight teams like 2014 WC semifinalists Holland, 1992 winners Denmark and 2004 champions Greece surprisingly missed out, again showing the strength of football in the continent. 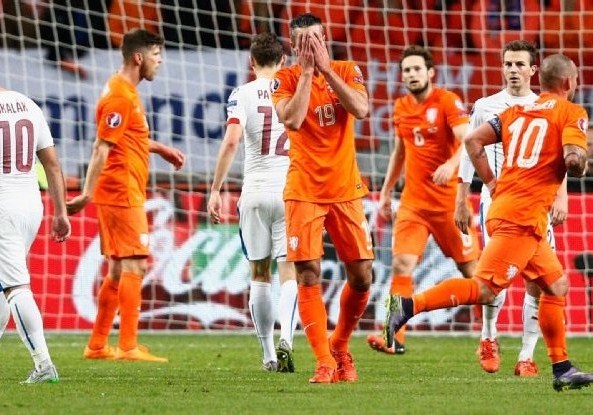 Tournaments often have the ability to throw up huge upsets and result in the underdog sprevailing against the odds, and with Euro 2016 set to feature first-time participants such as Slovakia, Wales and Albania, it could be the perfect time for emerging nations to rise and show that they can compete with the very best. Coral will be among numerous bookmakers to provide comprehensive coverage on the betting event of the summer, and while punters may choose to back Germany and Spain in a heartbeat, there are other teams that could be worth keeping an eye on as they have a serious chance of going all the way this summer.

Being dethroned by Argentina at the top of the FIFA World rankings is unlikely to faze Belgium who will go into Euro 2016 as the highest ranked European nation. Marc Wilmots’ team may not be able to match the success of other international giants in terms of trophies and tournament victories, but their lofty position is predominately based upon a golden generation of players who have come together to create a squad packed with quality and talent. It is difficult to find a weakness in Belgium’s squad, with every department packed with established players who have made a real name for themselves at domestic and European level. Thibault Courtois, Vincent Kompany, Eden Hazard and Romelu Lukaku are to name just a few star names that Wilmots has at his disposal, and although talent alone is not enough to guarantee success at major tournaments, Euro 2016 may signal Belgium’s rise to prominence. They will have to be at their very best, however, to come through a potential “group of death” which involves Italy, Ireland and Sweden, and with all eyes on Belgium this summer, it remains to be seen how they handle the weight of expectation on their shoulders. 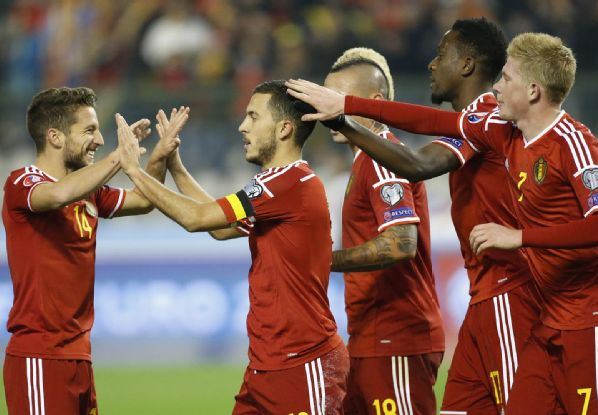 France will hope that history repeats itself, as they will host their first major tournament since the 1998 World Cup which they went on to win at the Stade de France following a famous 3-0 victory against Brazil. Didier Deschamps, who lifted the famous trophy as captain that night, will look to recreate the same success as manager, and with his team currently rated as favourites by many bookmakers in the latest Euro 2016 betting odds, there is considerable pressure on Les Bleus to succeed in front of a partisan crowd. France have certainly surged back to prominence following the disastrous campaigns at Euro 2008 and the 2010 World Cup which threatened to undermine their position as one of the most feared nations on the international stage.

Their chances have been improved through the emergence of Raphael Varane, Hugo Lloris and Paul Pogba as top quality players, while Alexandre Lacazette has finally fulfilled his potential to become a deadly striker who cannot stop scoring. Critics may suggest that qualifying for Euro 2016 as hosts will leave them unprepared, but convincing victories in friendlies against Germany, Netherlands and Russia would prove otherwise. Karim Benzema will miss the tournament due to his part in the Valbuena blackmail case, and that leaves Deschamps without an international-proven striker, especially given the wonderful form he’s been in at Real Madrid. However if France take their performances from recent months into the summer, then they could triumph on home soil once again.

A number of emerging nations have already proven that they have the quality to come out on tops against teams that who would have previously been expected to roll them over, with Poland certainly at the top of that category. Finishing runners-up in an enthralling qualifying group which contained Germany, Ireland and Scotland illustrates the level of quality that Adam Nawalka has at his disposal, with Robert Lewandowski undoubtedly their shining light. Thirteen goals in just ten games not only saw the Bayern Munich striker finish as top goalscorer, but his contribution was crucial in Poland’s qualification for Euro 2016. It certainly helps to have a world-class striker amongst their ranks, although Lukasz Piszczek, Grzegorz Krychowiak and Kamil Glik also play important roles for a Poland side that are more than competent at both ends of the pitch. If they remain solid in defence and provide Lewandowski with the support and supply that he thrives upon, then Poland could make a big impact.