The player who has been named in the Team of the Year more than any other person is Cristiano Ronaldo, who has 10 appearances to his name, three more than his nearest rival 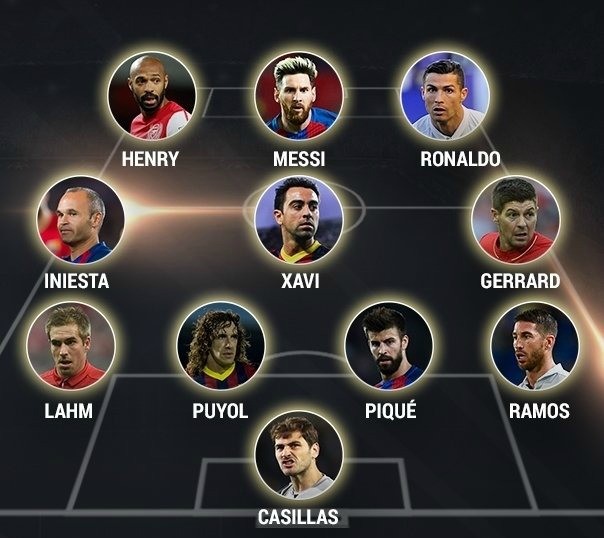