Scotland will be looking to revive their floundering World Cup 2018 qualifying campaign when they take on England at Wembley on Armistice Day.

Gordon Strachan’s men are fourth in Group F going into this fixture against the Auld Enemy, with their only win coming away against lowly Malta. The 1-1 draw against Lithuania at Hampden was a blow to the Scots, especially in the manner their equaliser was conceded, and they were soundly beaten 3-0 in Trnava by Slovakia three days later.

Wembley was also the scene of one of Scotland’s greatest ever victories over England- a 3-2 triumph over the then World champions in front of over 99,000 fans in April 1967 thanks to goals from Denis Law, Bobby Lenox and Jim McCalliog.

Gareth Southgate’s side are on top of Group F with seven points from three games and are yet to concede a goal in qualifying. The interim manager has recalled Jack Wilshere, with the Arsenal medio impressing in his loan stint at Bournemouth and forcing his way back into international reckoning. Spurs forward Harry Kane has also been named after missing last month’s games against Slovenia and Malta, but his team-mate Dele Alli misses out after suffering a twisted knee in the build-up to the North London derby.

There is a maiden call up for West Ham’s Aaron Cresswell, who was included in the squad after Danny Drinkwater pulled out. Southgate will also be without the services of Luke Shaw, Chris Smalling and Fraser Forster.

For Scotland, influential midfielder Scott Brown will come out of international retirement to face England, having originally called it a day back in August to focus on his club career with Celtic. In defence, Strachan has some headaches with Andrew Robertson and Kieran Tierney both out due to injury and Alan Hutton making himself unavailable. Striker Steven Fletcher is also a doubt after injuring his knee.

Scotland have lost both their games to England this century, but if you think Gordon Strachan’s side can emulate the class of ’67, you might want to take advantage of 888Sport’s treble odds offer at Big Free Bet.

The Scots will also be wearing their pink change kit because the sleeves on their traditional tartan shirts clash with England’s home strip, according to officials. 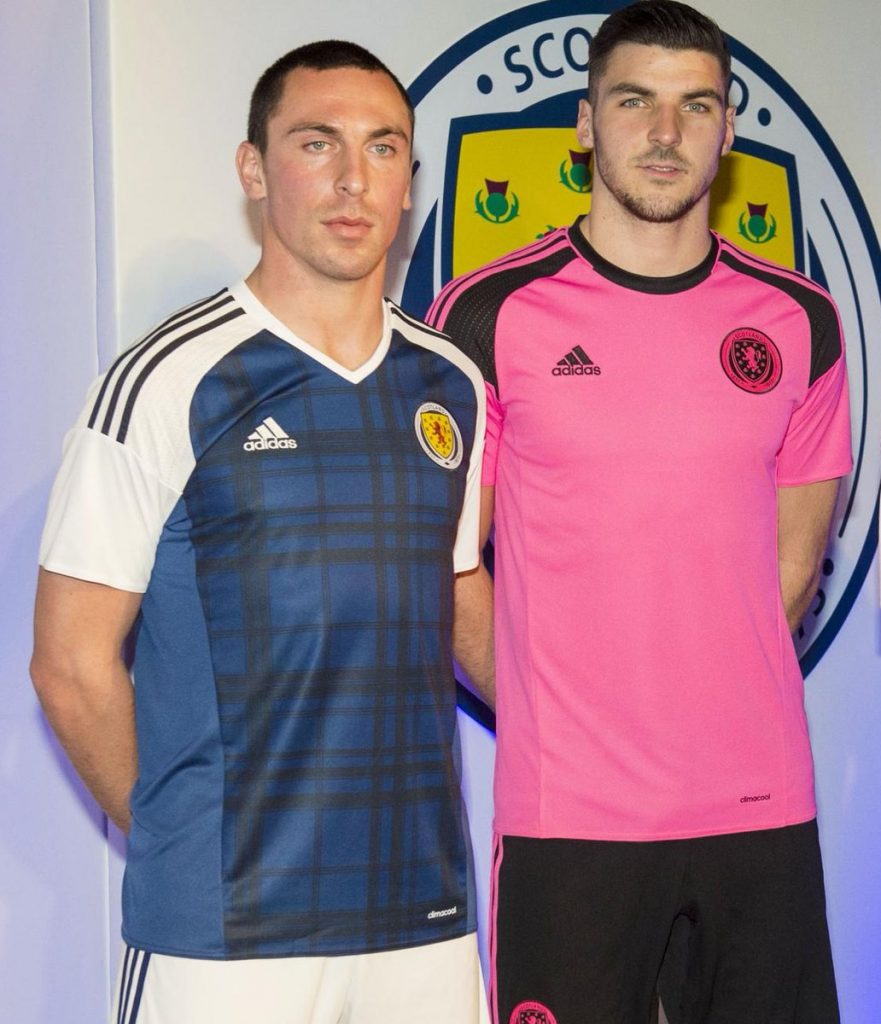 Scotland will wear pink at Wembley

England’s next game after the Scotland one is against mighty Spain later this month, while the Scots will only be seen in action four months later when they host Slovenia.