Tottenham Hotspur will be looking to do the double over Man City for the second straight season running when they travel to the Etihad to take on Pep Guardiola’s side this weekend.

In addition to their 4-1 and 2-1 wins over City in 2015/16, Spurs also beat them 2-0 in October earlier this season, in the process inflicting a maiden defeat in English football on Guardiola.

After a strong start to the season, the wheels seem to have fallen off City’s campaign. They’ve won only 9 of their last 22 in all competitions and were thrashed 4-0 by Everton over the weekend. They’ve fallen out of the top four and their title hopes will be all but extinguished if they lose to Mauricio Pochettino’s side this weekend

Much of the blame for City’s defeat away at Everton was laid at the feet of goalkeeper Claudio Bravo. Everton had four shots on target and scored from ALL of them with teenagers Tom Davies and Ademola Lookman scoring their maiden goals for the Toffees. Bravo has now conceded 14 goals from the last 22 shots (on target) faced, an alarming statistic for a goalkeeper of a team attempting to challenge for the title.

City had 78% of possession against Everton but failed to score a single goal. The stats below don’t make for good reading. Things could have been different had City been awarded an early penalty, but you’d expect top teams to bounce back and the way they played in the second half was very, very poor. 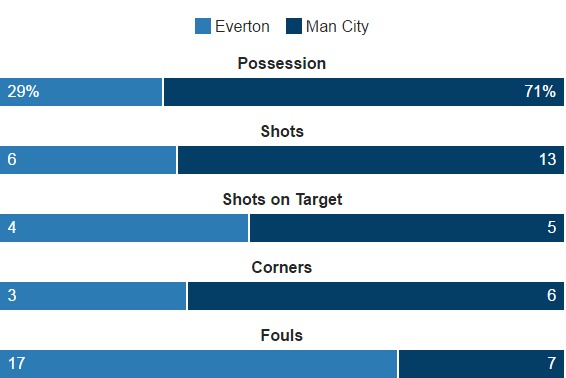 City have also conceded from the first shot on target made by the opposition in four of their last seven league games. That’s another poor stat for an ageing defence, with Sagna, Zabaleta and Clichy into their 30’s and John Stones still finding his feet at this level.

Guardiola is likely to restore Vincent Kompany to the lineup in an attempt to lend some stability to a porous back four. The veteran is a master of his trade but injuries have plagued him in recent times.

Spurs will be without a key defender of their own, with Jan Vertonghen ruled out for two months after suffering ankle damage in the win over West Brom. However there are ready made replacements for the Lilywhites, with Ben Davies likely to slot into the left side of a three man defence. Kevin Wimmer is also an option for Poch.

Spurs’ attack is firing on all cylinders and the likes of Alli, Kane and Eriksen will be keen to have a crack at City’s slow defence. They’ve scored four goals against the likes of West Brom, Watford and Southampton. In comparison to last season (at the same stage), Spurs have nine more points and have also improved their attacking and defensive stats (nine goals more scored and three goals less conceded)

Man City will finally have Gabriel Jesus available to them after officially completing his registration. Do you fancy the young Brazilian to score on debut against Hugo Lloris? If yes, Bethut have several free bets that you can use for this fixture. Despite Spurs’ brilliant recent form, the punters still have City as favourites (City at 23/20 while Spurs are at 9/4 at the time of writing) 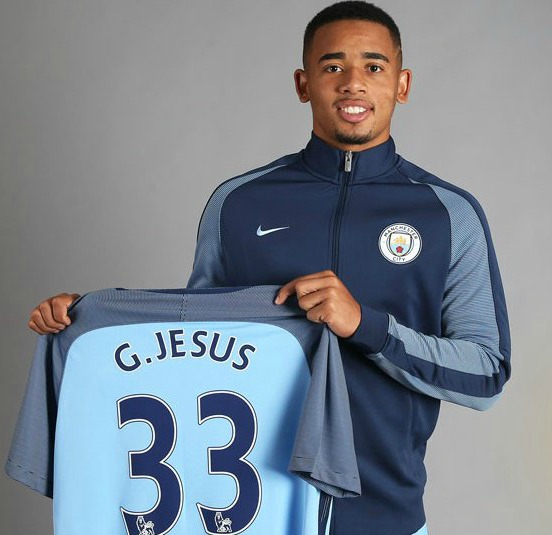 The referee for this game is Andre Marriner. Spurs’ last game with him was a 3-0 win against Hull at home while City’s last with him was the 4-2 loss to defending champions Leicester City.