Given the levels of pollution in China it’s fair to say that the challenge of playing in the Chinese Super League is not the breath of fresh air that players heading there would have hoped for. Instead, like the Asian powerhouse’s gas guzzling economy, it is all about the money.

China believe that a strong professional club competition featuring some of the best talent from around the world will drive interest in the sport domestically: a bit like America in the 1970’s when Galacticos like Pele, Johan Cruyff and George Best spearheaded a Stateside revolution to a mixed degree of success.

By creating a vibrant domestic league, it is hoped that the national team will lead to an exponential increase in the number of Chinese youngsters playing the sport, which, in turn, will widen the talent pool available to the national team. China has only ever competed at one football World Cup, whereas Japan, who started up the J-League, in 1993, have enjoyed a regular presence in the flagship tournament, qualifying for five in a row since 1998. Commercially it makes sense too, as a higher standing in the world’s biggest game can only help to open doors to some of the world’s biggest businesses.

With the riches on offer, the Premier League is being challenged as the go-to destination for the world’s top players as never before. Just before Christmas, Argentine superstar Carlos Tevez became the world’s highest-paid footballer when he agreed a deal worth around £610,000 per week to play for Chinese Super League club Shanghai Shenhua, who are coached by former Chelsea midfielder Gus Poyet.

Tevez will be able to swap Premier League tales with two other strikers to have graced English football’s top flight as he’ll be able to count Demba Ba and Obafemi Martins amongst his team-mates. His former boss at Manchester City, Manuel Pellegrini, coaches the appropriately named Hebei China Fortune.

South Americans seem to be in vogue as other stars to join the Chinese Super League include the Brazilians Hulk, Oscar, Ramires and Paulinho, Colombian striker Jackson Martinez and Argentine forward Ezequiel Lavezzi. 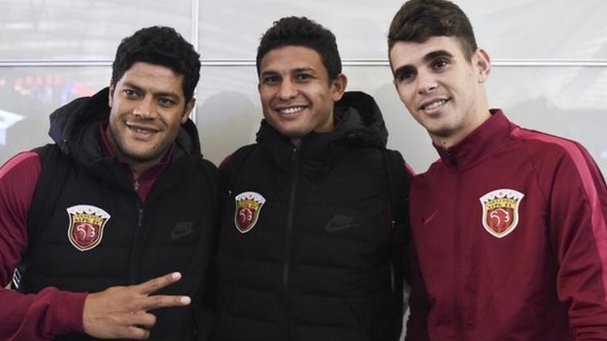 No money in the world could however persuade Real Madrid superstar and reigning World Footballer of the Year Cristiano Ronaldo to join the Chinese revolution though. An unnamed Super League club reportedly offered to pay the Portugese a whopping £86m a year in wages but the Real Madrid ace rejected the deal, citing there is ‘more to life than money’.

Ronaldo looks like he will be the exception to the rule, however, in a league whose rocketing profile makes it not only attractive to players and coaches but to online bookmakers as well. The Chinese Super League has all the makings of being a financial game-changer for everyone involved.

A lot will of course depend on the sustainability of the league and this rests on whether the people’s republic adopts the sport as the ‘people’s game’ in the same way us Brits have. The odds are that it will. The league has recently introduced a three foreigners per team rule, but it remains to be seen whether this will have any impact on the humongous spending by club owners in the People’s Republic.

China likes to be successful in everything that it does, and hasn’t become the second-largest economy by accident.