On a high after seeing off close rivals Tottenham Hotspur at Wembley in their FA Cup semi final, Chelsea will be brimming with confidence when they return to league action on Tuesday night against Southampton.

Despite Tottenham playing some of their best football in recent times, Antonio Conte’s side beat the Lilywhites 4-2 to set up a mouthwatering Cup final against Arsenal. The Italian gaffer chose to rest Player of the Year nominee Eden Hazard and prolific striker Diego Costa, with one eye on the Southampton game, and his side were still good enough to outlast Spurs.

The Cup semi was an important game for Conte, having lost just days before to Manchester United in a fixture where they failed to register even a single shot on target. A loss to Spurs would’ve meant two successive defeats to big name rivals for the Blues just before their fixture against Southampton- a side who have taken four points from their last two trips to Stamford Bridge.

However things worked out well for Conte, and his team can take another major step towards the title by beating Saints on Tuesday. The gaffer did complain that his side had one less rest day compared to Spurs (who take on Crystal Palace on Wednesday), but this may actually work in their favour- his side can go seven points clear before Spurs take the pitch, rather than the Lilywhites playing earlier than the Blues and reducing the gap between the two to a single point ahead of kick off at the Bridge.

While Saints have had mixed fortunes in terms of results on the road, one thing they’ve not been missing is goals. The South Coast outfit having found the back of the net at least once in their last seven away games in all competitions, including goals away at Anfield, Old Trafford and White Hart Lane. In comparison to previous seasons, Chelsea’s defence hasn’t been at its normal miserly best (both Spurs and United have better records), and Saints will definitely be aiming to punish any lapses.

They went behind to Willian’s 10th minute opener, but eventually prevailed 3-1 thanks to goals from Steven Davies, Sadio Mane and Graziano Pelle.

Do you fancy Saints to do an encore on Tuesday night? Check out Betting Tips 4 You for free bets and tips before heading off to your favourite bookmaker.

Chelsea’s N’Golo Kante was named deservedly named Player of the Year at Grosvenor House on Sunday and the Blues will be keen to celebrate their midfielder’s achievement by beating Saints. 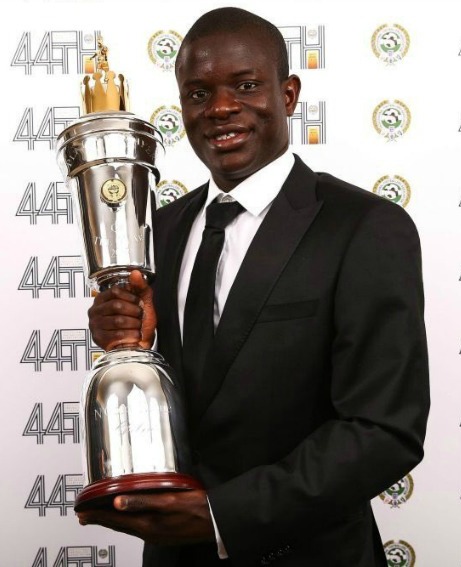