Despite the money that top footballers make, not all of them put their feet up following retirement. Many of them are driven to succeed in other careers or simply keep themselves busy.

Here are 11 former top flight footballers who got into something completely different after hanging up their boots.

These aren’t folks who played in lower leagues- this list includes World Cup and European winners, and there are some truly interesting post-retirement careers- DJ’s, wrestlers, chemistry Teachers and private investigators, to name a few! 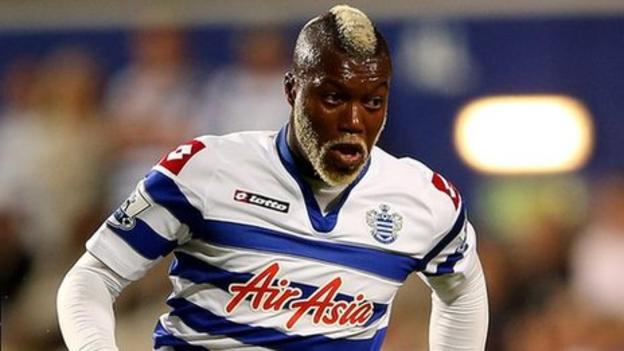 You won’t find David Beckham on this list but we reckon you’d have got long football odds on any of these former players going into what they ended up in!

Carlos Roa (Preparing for the Apocalypse)

The former-Argentina goalkeeper earned a good reputation in his home country before moving to Spanish side Mallorca in 1997 shortly after making his international debut.

Carlos Roa made a name for himself on the world stage at the 1998 World Cup in France where he kept a clean sheet in each of his three group stage matches. Despite conceding twice versus England in the next round, the goalkeeper would become the hero by stopping Paul Ince and David Batty’s penalties in a shootout to help Argentina progress. However, a late wonder goal from Dennis Bergkamp in the quarter-finals sent the South Americans home.

The following season, Roa helped his club side Mallorca reach the UEFA Cup Winners’ Cup final, which included beating Chelsea in the semi-finals, before losing 2-1 to Lazio at Villa Park in the competitors’ last ever game.

At the age of 29, Carlos Roa called it a day in 1999, reportedly turning down a lucrative offer from Manchester United to prepare for the apocalypse, saying:

“The year 2000 is going to be difficult. In the world, there is war, hunger, plague, much poverty, floods. I can assure you that those people who don’t have a spiritual connection with God and the type of life that he wants will be in trouble”

However, the world did not end and Roa returned to Mallorca but never found his form again. He had a spell with Albacete before returning to finish his career in his homeland.

Gavin Peacock had a fairly successful footballing career as a goalscoring midfielder which included helping Newcastle United gain promotion to the Premier League in 1993 before transferring to Chelsea where he stayed for three seasons before returning to Queens Park Rangers in 1996 where he would stay until retirement in 2002.

His post-football career initially went into punditry where he worked for the BBC, notably on Match of the Day 2 and Radio 5 Live, as well as covering the likes of Euro 2008 and the African Cup of Nations.

However, Peacock called an end to his punditry career in 2008, with the intention of becoming a minister. He is currently an Elder and Pastor in Calgary and has co-authored The Grand Design book presenting a complementarian view of gender roles.

What persuaded Gerard Houllier to bring Titi Camara to Liverpool in 1999 remains a mystery. The Guinea-born striker had a woeful goalscoring record in France with the likes of Saint-Etienne, RC Lens and Marseille before moving to Anfield. He managed to score nine goals in his 33 Premier League matches, the most notable being a winner against Arsenal at Highbury.

An unsuccessful spell at West Ham followed where he never got off the scoresheet saw him move to Saudi Arabia and Qatar briefly before finishing his career back in France.

After retiring from football, Titi Camara eventually found his way into politics where he went on to become Guinea’s Minister of Sport by president Alpha Conde in December 2010. This made him the country’s first ex-sportsman to hold a government post.

The 1995 FIFA World Player of the Year was a talented striker for AC Milan for a couple of seasons after Arsène Wenger had previously brought him to Europe with AS Monaco in 1988.

Later George Weah would have brief spells in England with Chelsea and Manchester City, winning the 2000 FA Cup with the former.

Trying to use his reputation as a football God in his home country of Liberia, Weah ran for President in the 2005 elections. His shortcomings were a lack of education and political experience as pointed out by his opponents.

In a two-horse race for election, Weah finished runner up with 40% of the vote. However, he remained active in Liberian politics and was the Congress for Democratic Change’s vice presidential candidate in 2011.

Eventually, George Weah became the Liberian Senate in 2014, becoming the first Liberian international athlete elected to represent a county in the Legislature.

The long-serving AC Milan full-back won eight league titles in eight successive seasons with Dinamo Tbilisi and Dynamo Kiev before his move to Italy where he would win the Serie A title once and the UEFA Champions League twice.

Following his retirement in 2012, Kaladze became involved in the politics of his himeland Georgia. In October 2012 he was elected to the Parliament of Georgia and was approved as the Deputy Prime Minister as well as Minister of Energy – positions he still holds today.

The German goalkeeper has had a fairly successful career, most notably with Werder Bremen where he won his only trophy to date – the 2009 German Cup, and made his six appearances for the national team, which included being part of Joachim Low’s squad at both the 2010 World Cup and Euro 2012. He was actually the only German player not to make an appearance in the former.

However, a move to 1899 Hoffenheim in 2012 proved to be hell for Tim Wiese as the crowd turn their back on him following a string of poor performances at the start of his time at the Rhein Neckar Arena.

Wiese would use bodybuilding as a way of fighting his depression before it got to the point that he was too muscular to be a Bundesliga goalkeeper and agreed a mutual termination of his contract in January 2014.

He was then offered a deal by the World Wrestling Federation in September 2014, arguably a publicity stunt by the American company, where he fought in-ring in his homeland. Either way, it didn’t work out for him and had now found his way back into amateur German football at the age of 35.

One player who never lived up to their promise was French international Djibril Cisse. 70 goals in 128 French Ligue 1 with Auxerre at the start of his career earned him a move to Liverpool in 2004, but that would be the height of his career, only 23 at this stage.

The pacey striker failed to live up to expectations where he scored only 13 goals in his 49 Premier League appearances before being shipped back to France and joining Marseille. Sunderland took a chance on him during the 2008-09 season but after only 10 goals in 35 league appearances on loan the Black Cats didn’t make the deal permanent.

Cisse then had a successful spell in Greece with Panathinaikos before scoring only once in 18 Serie A appearances for Lazio, failing to help Queens Park Rangers avoid relegation in 2013 and not having much luck in Russia at Kuban Krasnador.

Following his first retirement in 2015, Djibril Cisse threw away his football boots to drop some beats as a DJ. Earlier this year he even DJ’d for Mariah Carey.

In July 2017, Cisse came out of retirement to join Swiss third division side Yverdon.

The eccentric goalkeeper had a successful footballing career which saw him win the 1998 FIFA World Cup, Euro 2002, the first UEFA Champions League following its branding and twice a champion in his home country of France.

After making more than enough money to retire, Fabien Barthez pursued another passion of his following his retirement in 2007 as he got into motorsport.

Fabien Barthez first competeed in the Porsche Carrera Cup France before going on to bigger at better things, which included Le Mans 24 in 2014.

Four years in the Premier League with Tottenham Hotspur in the late 90s, as well as spells with Cagliari and Watford among others, didn’t make centre-back Ramon Vega rich enough it seems.

The 23-time Swiss international went into the finance industry after retiring from football, which includes a swanky office in Mayfair, London, having personally made more than £15 million post-football.

Ramon Vega became a founding member of the Duet Group in 2012, specialising in asset management and private equity. He had previously founded an estate agency in his home country.

In October 2015, Vega announced he was considering running for the FIFA presidential election but never went through with it.

Footballers have a reputation of lacking brain cells, but that can certainly not be said of former-Everton and Wales midfielder, Barry Horne.

Horne has a first-class degree in chemistry from the University of Liverpool and went on to become a chemistry teacher at the King’s School in Chester.

He is also on the board of directors of Wrexham Football Club.

Another ex-footballer who has shown he has brains after giving up the game is former Barnsley, Wigan Athletic and Portsmouth defender Arjan de Zeeuw. The 47-year-old is now a private investigator for the police force in his homeland, the Netherlands.

Following his retirement in 2009, de Zeeuw began working as an investigative detective, specialising in forensics.

The former-Premier League defender considered a career in medicine but was put off by the length of studying required (eight years). He also turned down an opportunity to be part of Swansea City’s coaching staff in 2007.