Man City left back Benjamin Mendy injured his knee in his side’s recent 5-0 win over Crystal Palace, leading to fears that the former Monaco star could be out for an extended period of time. Journalist Duncan Castles tweeted saying the 23 year old, the only real specialist left back on Guardiola’s books, could be out for a nine month period, but Mendy issued a riposte to him, asking him why he was speaking like a doctor when his bio read journalist.

Check out the pic of their Twitter interaction below 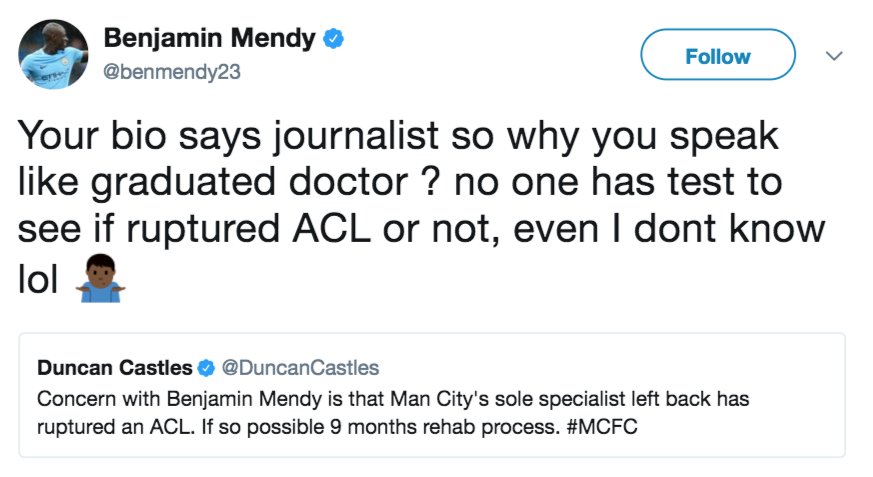