The Croatian Football Federation have announced their roster for the upcoming friendlies vs Peru and Mexico. The Croatians will take on Peru in Miami, Florida on 23 March followed by a clash four days later in Arington, Texas against Mexico (March 27)

The only players plying their trade domestically in the squad are goalkeeper Dominik Livakovic (Dinamo), defenders Marin Leovac (Rijeka) and Zoran Nizic (Hajduk) and midfielder Filipe Bradic (also Rijeka). The only England based player called up is Liverpool’s Dejan Lovren

Milan Badelj, the Fiorentina star who is out of contract at the end of the season, is one of seven Italian based players in the squad, with Strinic, Brozovic, Rog, Mandzukic, Perisic and Kalinic being the other six. 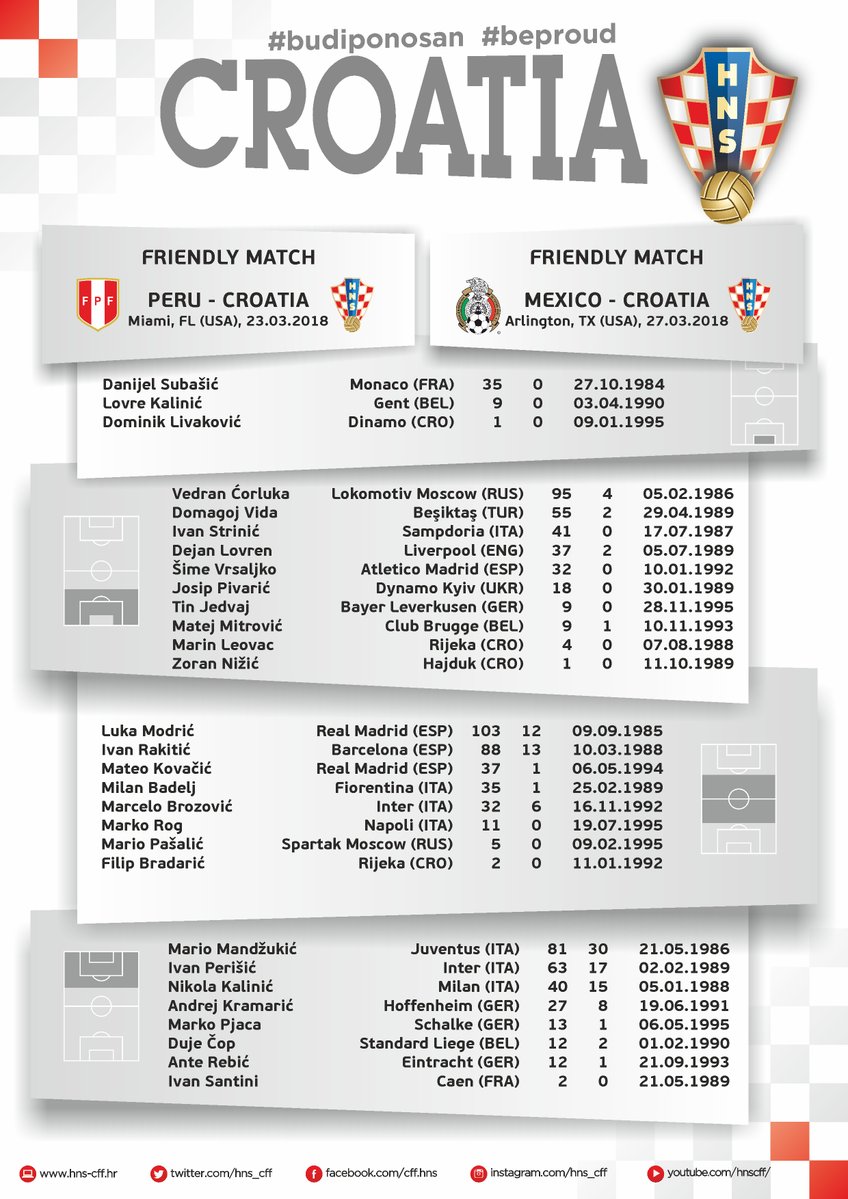