Young Giorgi Chakvetadze has been often been hailed as one of the rising stars of Georgian football and the teenager made his national team debut over the weekend against Lithuania (March 24, 2018). Chakvetadze started the game and also netted on debut- his 40th minute strike was the fourth for the Georgians in their 4-0 win in Tbilisi. He was replaced by Giorgi Aburjania after 69 minutes. 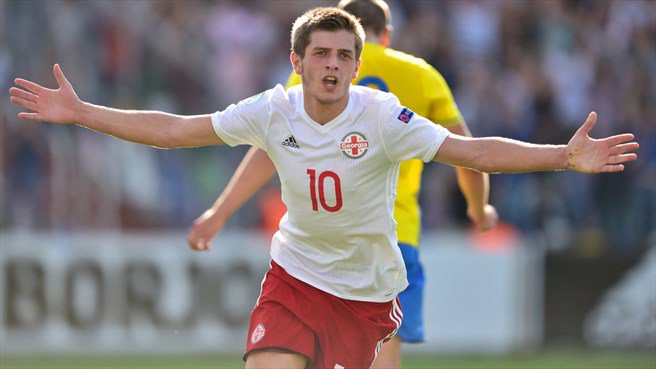 the 18 year old also made 34 passes with a 91% pass accuracy in this game. Chakvetadze currently plays for Gent in the Belgian top flight, but was linked with a move to Tottenham Hotspur in the summer. He has also represented Georgia at U17, U19 and U21 levels.

Video of Chakvetadze debut goal vs Lithuania (via YT)