Brighton and Hove Albion assured themselves of a spot in the 2018/19 Premier League season after Pascal Gross’ second half goal gave them victory over Manchester United at the American Express Stadium.

Gross has been as integral to Brighton this season as Mo Salah has been to Liverpool’s and it was his header, awarded despite the best efforts of Marcos Rojo on the line, that separated the two teams at the final whistle. It was also Brighton’s first win in seven games at home and confirmed their top flight status for another season.

For United it was a disappointing performances with the likes of Rashford and Martial well below par despite starting this game. It didn’t feel like they were playing for the right to be in a Cup final side- there was one fantastic chance in the first half when all Rashford had to do was to square it to the unmarked Martial, but the youngster chose to go for glory himself and Albion were able to shut him down. David de Gea also made a fantastic save from a speculative Glen Murray effort. 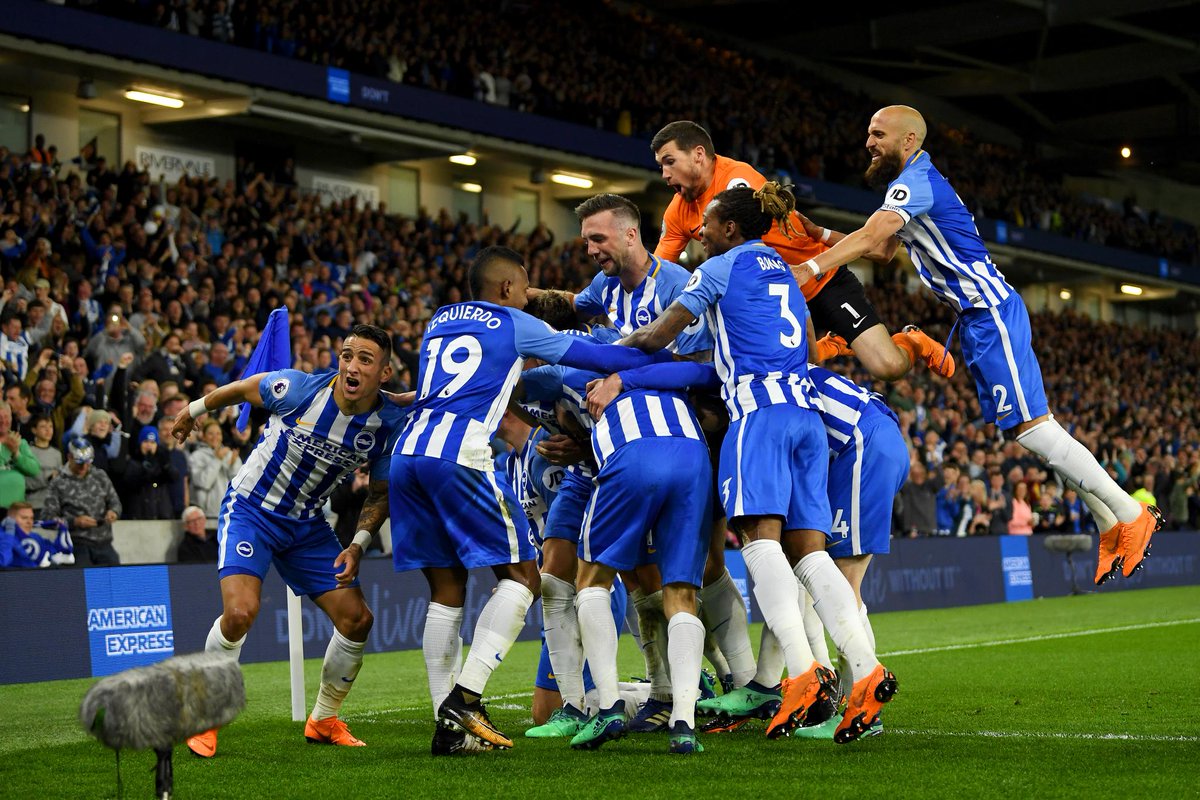 30,611 fans were present to see United again fall to defeat away at a promoted team after previous losses to Huddersfield Town (1-2 in October 2017) and Newcastle United (0-1 in February 2018), the first time it had happened to the Red Devils in the modern Premier League era, as noted by Soccer Blogger.

Gross’ goal was the first to be scored by a Brighton player against United in two and a half decades. The Seagulls had lost both their clashes at Old Trafford this season, 1-0 (league) and 2-0 (Cup) going into this clash on the South Coast.