Here are the results from Week 9 of the 2018/19 EFL Championship. Four home teams lost this weekend, and all by the same single goal margin. The biggest result came at Elland Road, where Marcelo Bielsa’s Leeds suffered their first loss of the season, going down 2-1 to Birmingham, with the latter claiming their first away win.

Round 9 began with Wigan edging Bristol City at home on Friday night thanks to Nick Powell’s header. 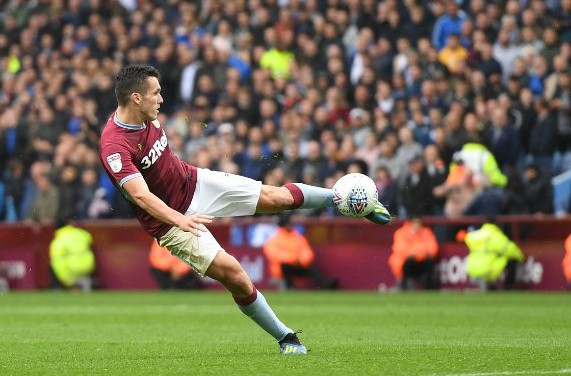 Like Leeds, Villa also suffered a first home league loss. They went down 2-1 to Sheffield Wednesday. John McGinn scored an absolutely fabulous goal against the Owls, but ended up on the losing side.

Wednesday’s local rivals United also won, edging PNE 3-2 at home. Another five goal thriller came at Stoke, where Sadio Berahino missed a late penalty that would’ve given the home side a point aganst Blackbur. Boro drew level with Leeds at the top of the table despite drawing with Swansea. West Brom were the big gainers, with their 2-0 home win over Millwall allowing them to come within a point of Boro and Leeds.

Brentford were leapfrogged in the table by Frank Lampard’s Derby, who won 3-1 at Pride Park. Ipswich’s winless run continued as they drew with Bolton. Fellow strugglers Reading picked up three much needed points after beating Hull. QPR’s recent run was halted by Norwich, with the Canaries winning 1-0. Forest prevailed by the same scoreline at Rotherham.