Chelsea summer signing Jorginho created a new Premier League record when the Blues took on West Ham at the London Stadium on Sunday afternoon. The former Napoli star made 180 passes- a record for most passes made in a league game since records were started to be kept back in 2003/04.

To put that figure in perspective, ten teams have made less than 180 passes in a full Premier League game as on date. Jorginho’s 180 effectively meant a pass every 30 seconds. The Chelsea player with the next highest number of passes in the game against the Hammers was defender Antonio Rudiger with 86. 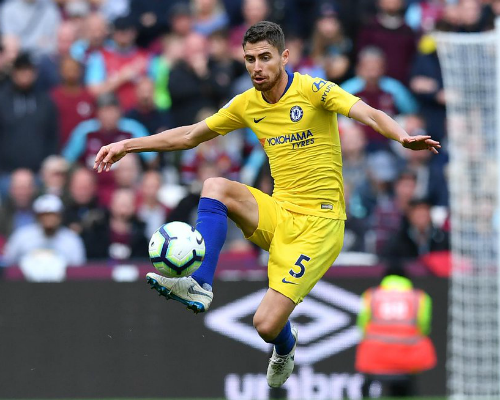 Unfortunately for the Brazilian, his record breaking performance was not enough to stop the Blues from losing their 100% record. They were held to a 0-0 draw, meaning that Liverpool, who had eased past Southampton, went 2 points clear at the top. West Ham had never managed a clean sheet in their five league games of football in the leadup to the Chelsea clash.

The Blues can however make up that gap if they beat the Reds this weekend in the league. The two teams will lock horns twice in the space of three days- first in the EFL Cup at Anfield, and then in the PL at Stamford Bridge.