Manchester United have suffered a triple defensive blow with the news that Rio Ferdinand, Nemanja Vidic and Rafael da Silva, all starting members of their backline will be out for the next few weeks. Ferdinand and Vidic, widely acknowledged as the best centre half pairing in the Premier League, suffered the injuries in United’s 2-1 win over West Bromwich Albion on Sunday. 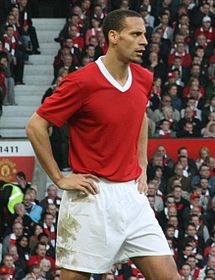 United do have cover in the form of Rafael’s brother Fabio as well as young defenders Phil Jones, Jonny Evans and Chris Smalling in defence, but the experience of Ferdinand and Vidic will be missed, given that they have an equally young keeper in the form of David de Gea at the back.