The new season of Premiership football is barely six rounds old old, but that doesn’t stop fans of football from widely debating on who will be crowned title winners come Round 38. It was Manchester United who were rated favourites throughout the majority of the summer and pre-season, but then Manchester City and Chelsea, both of whom saw managerial changes in the summer like United, are also close favourites for the title.

So who should you be putting your money on? Well it is hard to say with certainty, because the season is so young, and there have been so many changes at all three clubs. As of Round 6, we’ve already seen United play City, Chelsea and Liverpool. They lost to Liverpool, were thumped 4-1 by City and played out a dull 0-0 draw against Chelsea. That’s not the greatest of starts for David Moyes- a win against traditional “big” opposition in the league is still awaited at Old Trafford. At the beginning of the season, each of City, United and Chelsea were quoted at 9/4, with Spurs ( with Paulinho, Chadli, Chiriches, Capoue, Soldado and Eriksen all bought for the price of one Gareth Bale!) quoted as long shots at 25/1 for the title.

Chelsea have looked good in patches, but still seem to lack a real striker upfront. There is an embarrassment of riches in midfield, but Mourinho’s decision to continue excluding the brilliant Juan Mata has puzzled many. Mata has been the standout player at the Bridge over the last two seasons and while Schurrle, Willian et al are good players, it seems an odd decision to freeze Mata out and restrict him to fringe games ( like the League Cup outing against Swindon Town). Fans have even gone to the extent of reminding the Special One that Mata belongs in the starting XI and not the bench! 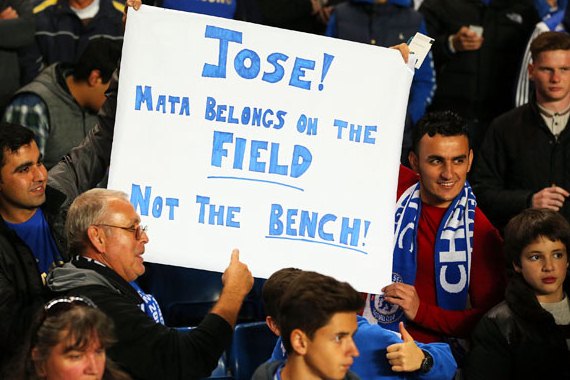 I’d probably say that you’d have more chances of winning at an online casino like Lucky Nugget than Mata is likely to get back in the good books of Jose. Lucky, by the way, has some great new products. Soccer Safari, a colourful five reel slot ( with wilds and scatters) is a personal favourite, and demos and cash stakes versions of the same are available too. It makes for a very good distraction when the excitement of the Premier League gets to you. Getting back to Mata, the reason for the standoff between him and the Special One is unclear, but the papers are already having a field day discussing potential suitors for the ex Valencia man in January.

Finally coming to Man City, they have a very good side with the likes of Yaya Toure, Vincent Kompany and Kun Aguero in it. Should one of them get injured ( particularly Toure), then it’ll be interesting to see how Pellegrini manages things.

At this moment, it’s pretty unclear, but I’ll go City, United, Chelsea at this stage of the season. Will review it in later rounds of the season.

Messrs Moyes, Mourinho and Pellegrini- the stage’s yours!