The Premier League – the greatest league in the world, “the greatest show on earth”, if you go by one tagline. It attracts some of the best players in the world, and it makes them too. Thierry Henry, Cristiano Ronaldo, Fernando Torres (pre-Chelsea!), and Yaya Toure have all lit up the Premiership, whilst major imports such as Juan Sebastian Veron, Hernan Crespo, and Alberto Aquilani, erm, haven’t.

There have been some catastrophic signings over the years, that have seen superstars come over and leave with their tails between their legs. We take a look at some of the biggest flops ever to uncomfortably stumble around English football.

What a coup it was for Sir Alex Ferguson to land one of the greatest players in the world. A midfielder who could split defences with the deftest of touches. Could see a ball that everybody else couldn’t. La Brujita, they called him, and at the time of his signing, Fergie had this to say ” Every time we have bought this type of player, he has done wonders for us” 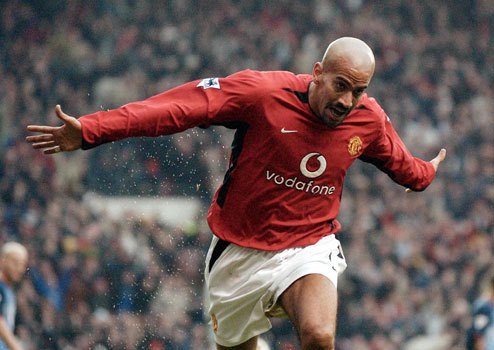 Although it turned out upon arrival that there weren’t any “wonders”, and everyone else could see a £28.1million man who could not adapt to Premier League football. It was a long time before Stoke blessed us with their presence in the top flight, but you know the saying, “Could he do it on a cold Tuesday night in Stoke?” It was almost tailor-made for the Argentinian.

Robinho struggled to adapt to life in England from the word go. For a young Brazilian that grew up on the beaches of Sao Vicente, it was always going to be tough. Ian Brown, legendary frontman of the Stone Roses once said, “Manchester has everything except a beach.” 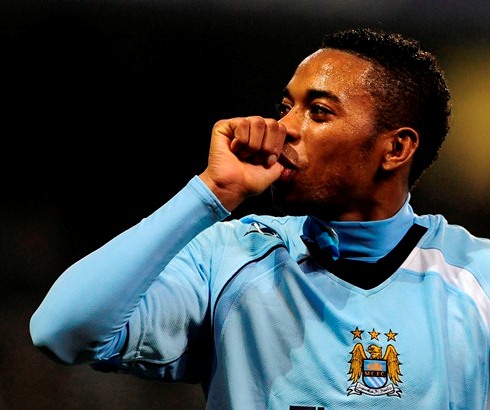 That everything also included damp, cold, and dark nights. Manchester was never a fit. Things went so bad that he reportedly told Mark Hughes that “he didn’t want to spend another night in Manchester” The then 24-year-old arrived at Manchester City in 2008 for a British record fee, following a successful spell in Madrid winning La Liga twice, and was supposed to be symbol of the ambitions their new Arab owners. After a difficult two seasons at the Etihad he joined Milan for a fee of £15 million where he has picked up exactly where he left off from Madrid.

Ask Louis Van Gaal if he’d like Pique playing at centre-half for him and he’d probably bite your hand off. Fergie had other ideas. The Spaniard arrived at Old Trafford as a 17-year-old but failed to secure his place in the first team ahead of at the time two of the best defenders in the world – Rio Ferdinand and Nemanja Vidic. 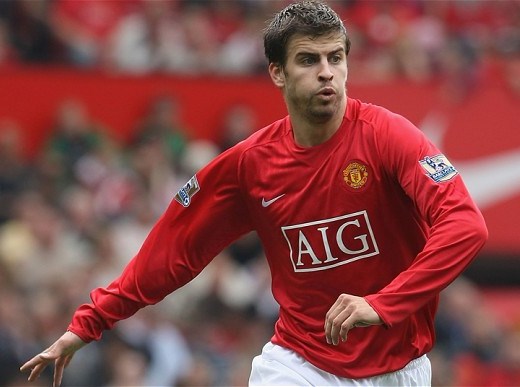 He played just 12 games for the Reds before moving back to Barcelona where he has since become a footballing icon. He’s a World Cup winner, Champions League winner, has major endorsements, plays the glamorous tables of the EPT and WSOP tournaments, and even has a pop-star girlfriend.

One of the few talented youngsters Fergie regrets letting go? A resounding YES would be the answer.

Madonna’s alter-ego, Forlan arrived on the shores a hot prospect but played like a footballing virgin, touching the ball for only the very first time.

Of course, he’ll never be remembered as a total flop as he ‘made the Scousers cry” in that memorable 2-1 victory at Anfield, but aside from that his goals were few and far between during his three year spell. 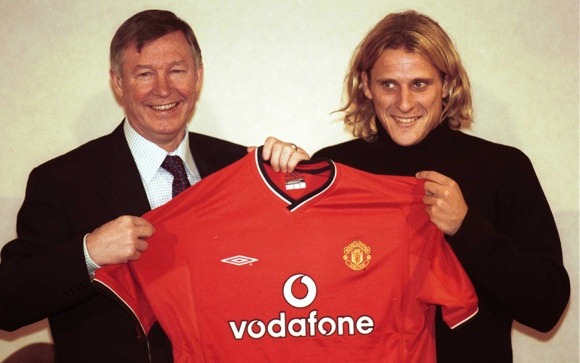 In 2004 he moved on to Villarreal for £2million, instantly becoming a hit in La Liga. During his spell for the Yellow Submarine, and later Atletico Madrid, the striker scored 155 goals in 324 games, as well as becoming a Uruguay legend achieving the highest number of caps for his country.

Andriy Shevchenko had long been one of the most feared strikers in the world before joining Chelsea. He’s a national treasure in Ukraine, a living legend at Dynamo Kiev, and in the Hall of Fame at AC Milan, but at Chelsea things were very different. 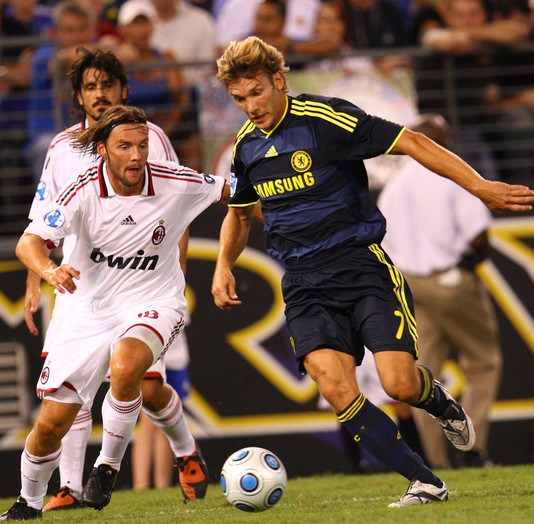 The striker scored goals everywhere he went except in London where he failed to reach double figures in the Premier League during his three year stint. He moved back to his boyhood club Kiev in 2009, scoring over a goal every other game before retiring to concentrate on politics, where his campaign was about as successful as his time at Stamford Bridge.