So Louis van Gaal is only a few weeks into his reign at Old Trafford, but yet it appears the Dutchman is already well underway to transforming Manchester United’s fortunes.

The club arrived back in the UK on Tuesday after a pre-season tour of the US which saw them triumph in the Guinness International Champions Cup, beating the likes of Roma, Real Madrid, and Liverpool on their way to glory.

Under LVG, United have had the following results so far in pre-season

It’s a stark contrast to LVG’s predecessor David Moyes’ first few weeks as boss, with the former Everton gaffer winning only two of his seven friendlies. This little graphic below tells you the story. It’s only pre-season but Van Gaal’s started well, and as they always say, “well begun is half done”

With van Gaal, there has been none of the debacle which was United’s transfer goings on under Moyes, who ended up grossly overpaying for the likes of Fellaini. The Dutchman has yet to panic buy, he’s yet to make excuses, and more importantly he’s given players a chance. This is typified by the current form of Ashley Young.

Of course, we don’t know if van Gaal will even keep him on, but the approach of the former Barcelona and Bayern man has got people playing. And he won’t allow that to change come kick off on August 16.

Their win over Liverpool undoubtedly proved that they were ready, and it proved van Gaal is too. We know there’s no such thing as a friendly when it comes to the meeting of the Premier League sides, and van Gaal has already put his stamp on the rivalry. His 3-5-2 system was successful throughout the World Cup, and their second half comeback was typical of the demands the boss has. You only have to look at the Netherlands’ second half performance against Mexico to realise that. It was that spirit that was pumped into the Champions Cup final in Miami on Monday, and is likely to raise a few heads. 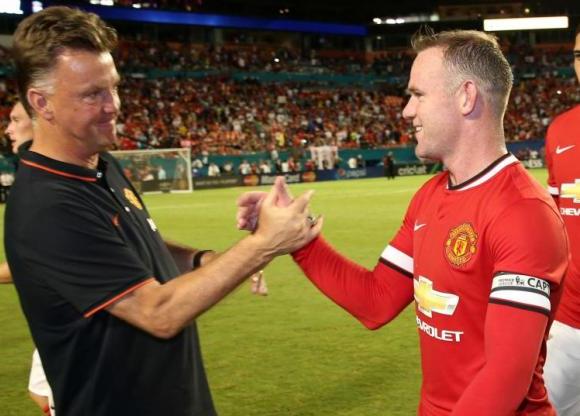 It seems the Ferguson mentality, the never say die attitude is back, and putting money on the Red Devils to win 3-1 despite being 1-0 down to Villa at half time could become pretty much a guarantee once more – great news for those in-play betters.

According to this Freebets Q&A with Coral, in-play is all the rage, and the mentality amongst fans that Manchester United are winners, despite being behind, resonates right through that United team.

As you’d expect, the club were photographed tremendously upon their return to Manchester Airport. After a long flight they marched through Arrivals standing tall. Proud. Confident. This is a new Manchester United, and the Premier League should get ready. They won’t settle for seventh this time, they definitely won’t!

Watch out City, watch out Liverpool, watch out Chelsea & Arsenal, the Red Devils are back!