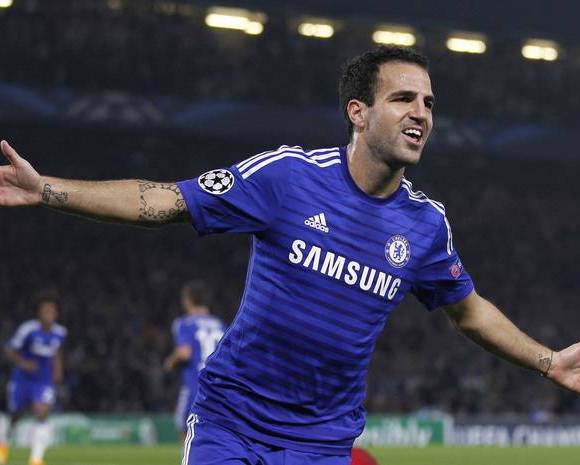 Cesc Fabregas has been a key player for Chelsea this season

Cesc Fabregas hasn’t taken long to fit back into the Premier League way of life. At the time of writing this article, he’s already slid through NINE assists in ten games (leading the assists chart comfortably!), including a beaut of a pass in the 3-1 win over Burnley, and a goal this season and has helped Chelsea look real contenders for the title. But should he be? Should Fabregas even be plying his trade at Stamford Bridge?

Of course coach Jose Mourinho will obviously say yes, but the 90,000 on the terraces of the Camp Nou- they may have different ideas.

Despite having a good start in terms of results in La Liga, Barcelona have looked far from comfortable so far this season especially in midfield with the old guard of Xavi and Iniesta being less than impressive in the centre of the park.

This was more than a little evident in the first El Clasico of the season with Madrid dominating proceedings and the once untouchable Iniesta was a shadow chasing the likes of Modric, Isco, and Toni Kroos around the Santiago Bernabeu.

Compare this to Fabregas who’s dictating play in almost every fixture he plays, and it looks as though Luis Enrique could have made a huge mistake. 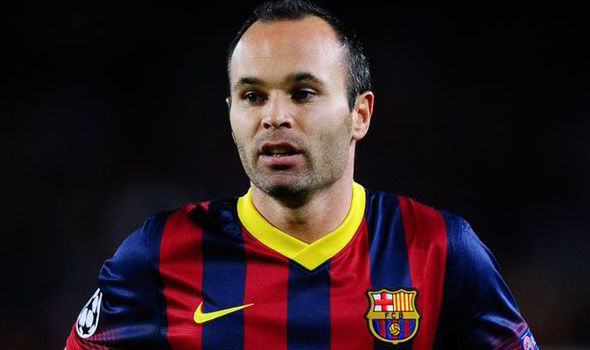 Andres Iniesta has not quite had the same impact this season

The stats certainly suggest that. Three time Champions League winner Iniesta has only created 14 chances in the 10 games he’s played this season (La Liga + Europe) compared to the 41 of Fabregas in only three games more. Fabregas is effectively creating three chances a game for Chelsea, and his combination with Diego Costa has been a major reason for them sitting pretty at the top of the table. Although of course the new Blues star has a much freer role at Stamford Bridge than he did during his three year spell at his boyhood club. Under Pep Guardiola, the late Tito Vilanova, and Gerardo Martino, he never found a first-choice spot, being shifted into bit-part roles as a false number nine, or wide forward position.

That would certainly be different would he have stayed at the club. There are spots up for grabs in the Barca line-up with both Xavi and Iniesta slowing down as age catches up with them on the other side of 30, whilst the 27 year old Cesc is clearly reaching his peak.

Of course, Enrique’s men are still an excellent side, they’ve picked up 22 points in the league so far, only two behind leaders Real despite suffering a shock loss to Celta Vigo over the weekend, and are still 8/11 to win the championship with Betdaq, whilst in the Champions League they’re sitting pretty as well.

But you can’t help think that position would be a lot healthier with Cesc marshalling that midfield. His energy and class has been a key part in Mourinho’s excellent start to the season and it’s certainly a case of what’s Barcelona’s loss is Chelsea’s gain.

That may be proven in the Champions League. Both are around the same price to pick up the trophy in Berlin in June, although if positions stay as they are, they could even meet in the Round of 16 in the early stages of next year. And that could be the moment the Catalan giants will really regret selling the Blues’ new main man.