It’s getting to that stage of the season where we can really start to look closely at the standings and managerial changes towards the bottom of the Premier League and start pencilling in a few names and possibilities.

Of course, a lot can change between now and May and the markets are still undecided about who, exactly, will be exiting the top flight via the trapdoor. So, let’s have a closer look at some of the prime contenders for the drop, and also have a look at who may win promotion from the Championship.

At the time of writing this article, this is how the Premiership table looks like. Very crowded as you can see- only five points separate 12th place Everton from 18th place Aston Villa. Burnley are in 19th with 21 and only Leicester could be said to be far away from the pack- sitting in last spot with just 17 points. 40 is widely acknowledged to be the safety mark- let’s see who will make it with close to two thirds of the season done. 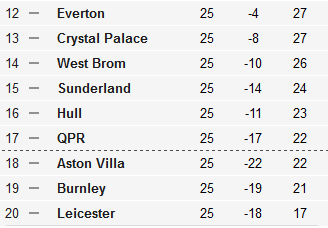 Who will stay up in the Premiership?

So, starting with the Premier League, it looks like we can now rule out West Brom as they should be relatively safe under new boss Tony Pulis. This is a rather contentious point as, of course, the Baggies are in no way out of danger. However, given the manager’s excellent record in turning things round at Crystal Palace last season and his defensive priorities, the Hawthorns club will surely now be in the Premier League line-up next season. The same goes for Everton, who are not exactly where they’d like to be, but the Merseysiders have the players to get what they need in the final weeks of the season. 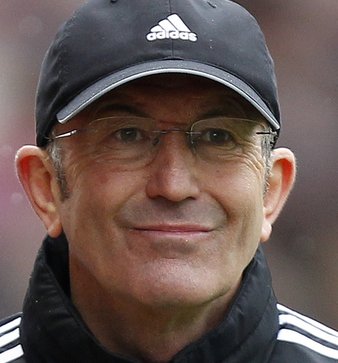 This brings us neatly onto Crystal Palace, who also look like they’ll be safe under the stewardship of Alan Pardew. Moving down the table takes us to Sunderland, who exited the FA Cup after a 2-0 loss at Bradford over the weeekend. This may be an indicator that Gus Poyet or the owners know where the Black Cats’ real priorities should lie. But the team is so erratic that anything seems possible here.

As things stand with Betfair, Sunderland are close to 5/1 to be relegated. This looks like reasonable value. The last league match, a 2-0 defeat at home to fellow relegation strugglers QPR, really spoke volumes about the air of nervousness on Wearside.

Coming to QPR, they have been extremely poor this season and you’d have to ask questions over the underlying reasons for Harry Redknapp’s departure. All in all, this seems to be a rocky ship and the departure of Redknapp should seal QPR’s fate this year.

Joining them in the drop zone would be Burnley, Leicester, Aston Villa, Hull or the aforementioned Sunderland. It looks like Tim Sherwood is likely to steady the ship at Villa Park. The club has a strong squad and the team have looked extremely capable at times under Paul Lambert this year. But they have also struggled for any kind of consistency. Sherwood’s entire focus will be on keeping Villa in the division and he’ll surely manage it – although the FA Cup win over fellow drop contenders Leicester may not have done the club any favours. 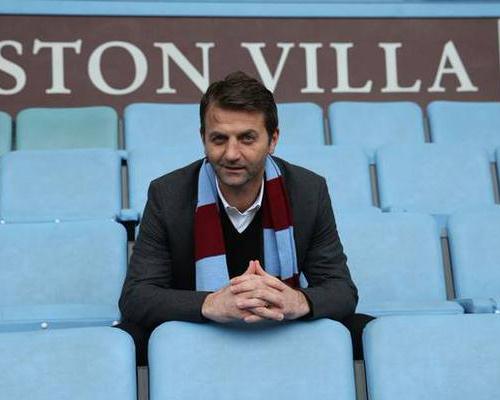 Can Tim Sherwood turn things around

Hull also look like they’re capable of doing just enough to avoid the drop. They’re also a very erratic side and tend to play better against the better clubs. But they’ll surely have enough strength in depth to get the requisite 37-38 points or so.

Leicester, meanwhile, already look doomed, so that leaves Burnley. The Clarets have also had an up and down season, winning games you wouldn’t expect them to and vice-versa. But if there’s one club who could pull itself clear, it’s Burnley. But the club has an extremely tough looking run over the next few games as they face Chelsea, Swansea, Manchester City, Liverpool and away trip to Southampton then Tottenham and Arsenal. This run may well signal the Clarets’ death knell, but if you’re looking for a little survival value, it may well be at Turf Moor.

So, there we have it – Leicester and QPR for the drop – to be joined by either Sunderland as long-shots or Burnley (long-shots for survival).

Part 2- Who will gain promotion from the Championship?

But who’ll be moving in the opposite direction? Well, as things stand, the automatic promotion places look likely to be decided by three main contenders. These are Bournemouth, Middlesbrough or Derby County. But next on the list is the club who are, arguably, playing the most attractive free-flowing football in the division, Ipswich Town. Overall, though, it looks as if the current top two are the most likely clubs to go straight up. That would be Bournemouth and Middlesbrough.

The Cherries’ season under manager Eddie Howe has been nothing short of astonishing. In pre-season, Bournemouth could be backed at more or less any price to go up as winners of the Championship. The results and consistency of form seems to have surprised just about all pundits, many of whom had quite fancied the seaside club for the drop.But Eddie Howe’s record at Bournemouth during his two spells there have been nothing short of amazing. He clearly fits into the set up there perfectly and is justifiably adored by the fans at the club.

Despite being just 37, Eddie Howe has worked wonders at Bournemouth

Most neutral football fans would love to see AFC Bournemouth make their debut in the Premier League, not least because of the exciting way Howe has his team playing. Bournemouth are the Championships top-scorers and tend to win games in style. If they do go up, it will be a hard task for them to stay in the Premier League, but they shouldn’t be underestimated. In some ways, they’re similar to Swansea or Wigan Athletic a decade before them. They are a club whose open style of play may well find itself more suited to life in the top division than in the harder-hitting second tier of English football.

Middlesbrough, though, perhaps look a little more likely than Bournemouth to go up as outright champions. This is thanks almost exclusively to the new regime installed at the club under the astute stewardship of Spanish manager Aitor Karanka. The 41-year-old’s first managerial appointment was as assistant to José Mourinho at Real Madrid where he’d previously plied his trade as a player. He left the Spanish giants at the time they appointed Carlo Ancelotti, becoming the Boro boss in November 2013 when he replaced Tony Mowbray.

Since then, he’s worked a small miracle at the Riverside. It’s well-documented how he has managed to completely change the players’ and the fans’ mentality at the club. He has also changed the tactics and the whole training regime and is working on all aspects of the club from top to bottom. The danger for Middlesbrough is that the Spaniard sees it as a proving ground for a move to another, bigger club. And he will surely get snapped up by someone if he continues in the current vein of form. But until then, Boro fans are enjoying every minute and will surely wish the Spaniard all the best for the future if he gets poached and the club are sitting in the top half of the Premier League when he does.

As for who’ll make the play-offs, well it looks pretty clear cut between Derby, Ipswich, Watford, Norwich and unlikely contenders Brentford. The gap, then, to the inconsistent Wolves and Blackburn looks too big to make up. It is going to be an interesting race.

Of these five, Ipswich will surely be the strongest under old hand Mick McCarthy and that’s where the value will lie. But for punters, it’s probably best to wait for the actual play-off games than to back the underdogs – particularly in the play-off final itself which is often billed as the most valuable game in world football. This is due to the Premier League riches that await the victors – and the stress the game brings with it.