Europe’s biggest football party gets underway in France this weekend, and it will be the bigger than any previously hosted tournament, with 24 teams now participating.

A ball hasn’t been kicked yet, but a number of stars will be absent through injury, failure to qualify (we’re looking at your Netherlands!), or in Karim Benzema’s case, for being naughty. 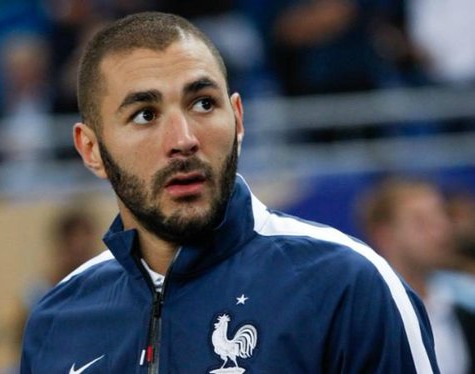 Euro 2016 will certainly be poorer without them, for some of these stars have the ability to single-handedly turn a losing game into a winning one.

The 2004 champions and the nation that reached the second round of the last World Cup, Greece, were dismal in qualifying, finishing bottom of their group which included losing both games versus the Faroe Islands with Claudio Ranieri being in charge for part of the campaign.

As a result, Benfica strike Kostas Mitroglu makes it onto our list. Yes, he failed at Fulham and failed in his cameo roles at Euro 2012 and the 2014 World Cup, but he’s coming off the back of a 20-goal season in Portugal, and while most strikers can do that, we thought he deserved a little credit at least.

Part of a poor Italy side in Brazil two years ago, Alessio Cerci hasn’t exactly improved his market value since moving to Atlético Madrid. He failed to impress Diego Simeone and was subsequently loaned out to AC Milan and Genoa over the past two seasons. The forward hasn’t been greatly among the goals in Serie A admittedly, but Italy themselves don’t have too many great options this summer.

An injury put paid to any part of Alessio Cerci being included in Antonio Conte’s side who are left with the likes of Graziano Pelle, Simone Zaza and Eder for goals. Without doubt the weakest part of the Italian game right now.

Once the darling of Russian football and the next big thing, Alan Dzagoev’s career hasn’t exploded like many were expecting after scoring two goals in Russia’s opening group game versus the Czech Republic four years ago. Immediately after that match the Russian playmaker was linked to the likes of Spurs, but much like Russia, Dzagoev’s tournament stalled dramatically afterwards as they failed to even make it out of the group, losing 1-0 to Greece in their final game.

Leonid Slutsky has picked an ageing Russian team for this tournament is without 26-year-old Dzagoev due to injury. Not good preparation for a country hosting the World Cup in two years’ time. There’s still time for him to make a move to one of the big leagues but for the time being Dzagoev continues to dictate play in the CSKA Moscow midfield.

It was more than five years ago now that Real Madrid paid Benfica more than £20 million for the services of left winger-come-left-back Fabio Coentrao. After a good start in the Spanish capital, the Portuguese international has struggled with injuries over the past two seasons, and after losing his place to Marcelo at the Bernabéu, Coentrao found himself out on loan to AS Monaco for the past season.

Was linked to Manchester United not so long ago but having spent the best part of the second half of the 2015-16 season sidelined through injury, Fábio Coentrao will be no part of Portugal’s campaign in France.

With Vincent Kompany also injured, Lombaerts could have been in with a decentshout to be in the starting lineup for their opening group game, but being injured himself rules that out. The Red Devils are some people’s pick as an outside chance to go all the way, but we’ll have to see how they compete without two experienced defenders.

England will have a number of options in the left-back role in the coming years – Luke Shaw could be competing with the likes of Ben Chilwell and Jay Dasilva at the next European Championships.

Unfortunately Luke Shaw’s season was ended all the way back in mid-September at the hands of PSV Eindhoven’s Hector Moreno, suffering a double leg fracture. Roy Hodgson has replaced him with Danny Rose.

Injury has prevented the Borussia Dortmund star from appearing at another major tournament- he missed Germany’s victorious 2014 World Cup campaign too. Germany’s squad announcement, and the news that he failed to make the cut, came on his birthday, and would have a bitter disappointment for this talented lad. Still, age is on his side, and we hope he gets an opportunity to strut his stuff at Russia 2018.

A woeful qualifying performance saw Serbia as one of the first nations eliminated in a group which saw Albania reach the finals for the first time. As a result a number of stars we won’t be seeing in France this summer include fellow countrymen Branislav Ivanovic, Aleksandar Kolarov, Nemanja Matic, Adem Ljajic, Nemanja Gudelj and Sergej Milinkovic-Savic, but it’s Southampton’s Dusan Tadic who makes our list.

The Saints winger has had two exciting years on the South coast, providing us with skills ,goals and assists for a team who have surprised many with top half finishes during his time with the club. Tadi? can certainly entertain and for that we’ll miss him this month.

A solid and versatile defender, Sokratis Papastathopoulos was part of the Borussia Dortmund side that finished runners-up in the German Bundesliga this season and reached the semi-finals of the UEFA Europa League.

He’s the first of two Greek defenders who make it onto our list, though we except any comments that they shouldn’t have been included because they failed to keep a clean sheet in either game versus the Faroe Islands in qualifying. Sokratis was also sent off in the first half of the first game at Euro 2012.

A serious knee injury picked up early into the new year put an end to Kurt Zouma participating in his home country’s tournament this summer. With Raphael Varane out, the Chelsea centre-back would likely have been a starter in Didier Deschamps’ squad too.

During a terrible season at Stamford Bridge, Zouma was one of Jose Mourinho’s few shining stars during his time in charge of the 2015-16 campaign. His pace and power would have been a good asset alongside Laurent Koscielny but it’s not going to happen.

Wesley Sneijder took himself off the map of international football somewhat when he made a surprise move to Galatasaray. He had two excellent seasons in terms of goals from midfield but only netted five times domestically this past season.

Six years after winning the Champions League, playing in the World Cup final and being a candidate for the Golden Ball that tournament, Sneijder is still only 31 years old and a great playmaker and deliver of set pieces, Wesley Sneijder, much like the Netherlands, will be greatly missed in France this summer.

One of the biggest surprises in Spain’s selections for Euro 2016 was the omission of Juan Mata. Whilst the 28-year-old had a fairly timid end to the 2015-16 Premier League season, that can largely be put down to Louis van Gaal’s tactics at Manchester United.

Juan Mata was part of the Spain squad that won the 2010 World Cup and Euro 2012 but won’t have a chance to add more silverware to his collection this summer. Admittedly, the competition was incredibly tough – Andres Iniesta, Koke, Cesc Fabregas Thiago Alcantara and David Silva all got picked.

Not a household name, at least yet, please hear me out on this one. I’ve had the pleasure of watching a fair bit of the top Dutch Eredivisie teams over the past couple of seasons, some in person. 19-year-old Riechedly Bazoer has the potential to go close to the top of the game.

Right now, Barcelona, Bayern Munich and Real Madrid are your top teams and I wouldn’t put it past either one of those attaining his signature over the next 12 months. He’s got technique, he can dictate a game and get stuck in. If he could contribute more in the final third then maybe Barcelona would snap him off Ajax this month. The Netherlands’ failure to qualify for Euro 2016 means we won’t get to see Bazoer on the international stage just yet, and Ajax’s failure to beat De Graafschap in their final league game means they’re not guaranteed Champions League football next season either.

Part of the very successful Juventus midfield over the past number of years, an injury has ruled Claudio Marchisio reuniting with his former club manager, Antonio Conte, for this summer’s European Championships.

The versatile midfield will be a loss to the Italian national team with Andrea Pirlo now out of the scene. He can pop up with the odd goal in the deep-lying role and is a good player to bring on when you need more energy in that midfield.

Some players just don’t get any luck and ?lkay Gündo?an is certainly one of those you can put in that bracket. Having recently broke into the national team he missed out on a World Cup winners’ medal two years ago because of a back injury. Many fancy Germany to go all the way this year again but Manchester City’s latest signing won’t be any part of that either because of another back injury.

Although he’d lost his place in the Real Madrid starting lineup to Sergio Ramos and Pepe under Zinedine Zidane, Raphaël Varane would certainly have started for the hosts this summer, just like he did at the last World Cup.

An injury has put paid to that which gives the 23-year-old plenty of time to think about his future over the summer with many of the big club’s wanted his signature with rumours that he is unsettled being a backup in Madrid.

The Bayern Munich forward is still one of the top stars in world football… when fit. Unfortunately for Arjen Robben he has really struggled with injuries throughout his career. His CV is packed with top clubs and top trophies but he may never see an international trophy after the Netherlands failed to qualify for Euro 2016.

Robben will 34 come the next World Cup, though with the lack of talent coming through at the moment there’s a chance we’ll see him in the Netherlands… if fit… and providing his country qualify.

Off-the-field issues mean Karim Benzema was not selected to represent France this summer. The Real Madrid hitman will be a big loss to Didier Deschamps’ team who are now likely to rely on Olivier Giroud and Antoine Griezmann for goals.

Benzema is coming off the back of his best goal tally in Madrid too, a Champions League winner last month and yet he can’t represent his own country at their host European Championship. A blow for both player and country we think.

Paris Saint-Germain may have run away with the French league once again this past season but Marco Verratti’s injury certainly hurt them in their Champions League exit at the hands of Manchester City.

The youngster can dictate a game and is one of a couple of Italian midfielders who won’t be there at Euro 2016. A blow for a national team that has one of the best defences on paper but little going forward.

The biggest star missing the European Championships this summer is Manchester City captain and Belgium leader Vincent Kompany. Although they have a lot of talent available in defence, as the Premier League side have proven when he’s been absent over the past couple of seasons, Kompany is irreplaceable.

Marc Wilmots may be forced to go with 20-year-old Jason Denayer as a result in a tournament many had originally thought they would be strong contenders for. The World Cup quarter-finalists weren’t too impressive in qualifying, failing to score versus Wales in only picking up one point against them. How can they survive without Vincent Kompany?