Belgium coach Roberto Martinez has praised playmaker Kevin de Bruyne ahead of the Red Devils’ semifinal clash against France. Martinez hailed the Man City star’s execution as “exceptional” and said that he could “play in any position apart from goalkeeper” at a high level.

We had playmakers who would slow the game down, Kevin is different, he goes even faster. His level of execution is exceptional. Apart from goalkeeper, he could play in any position at a high level

De Bruyne was a key factor in Belgium’s upset win over the Brazilians, with his spectacular goal earning him the MOTM award. He, along with Eden Hazard and Romelu Lukaku, were a constant threat to the Brazilian back four of Marcelo, Thiago Silva, Miranda and Fagner all evening. 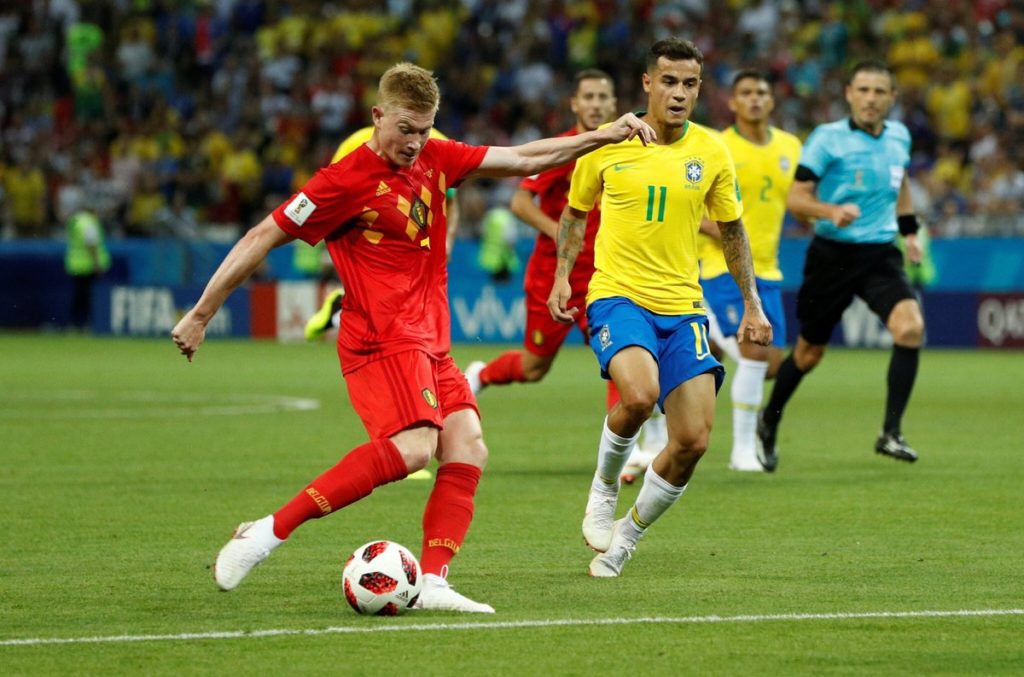 The winner of Belgium’s semifinal against Les Bleus will take on either Croatia or England in the final.