Arsenal entered a new era this past summer, as they bid a fond farewell to long-standing manager and club legend Arsene Wenger.

The French boss had been in charge of the Gunners for 1996, when he initially arrived with a big reputation and full of promise from spells at Nancy, Monaco and Nagoya Grampus.

He remained at the Arsenal helm for an incredible 22 years, becoming their most successful and longest-serving manager in history, helping to win an impressive three Premier League trophies and a sensational seven FA Cup awards.

But his time at the club became surrounded in controversy and doubt towards the end of his tenure, falling behind in the transfer dealings and on the pitch as fans called for him to retire or be dismissed by the club’s hierarchy.

That end ultimately came in 2018 and the replacement chosen to fill such massive boots in the Arsenal dugout was Spaniard Unai Emery.

The Londoners held plenty of hope and expectations going into the new season, but fans were wary of the failures and struggles that rivals Manchester United have previously endured after they said goodbye to long-standing coach Sir Alex Ferguson.

Emery has stuttered at the beginning of his time at the Emirates but things look likely of being turned around due to recent more flattering performances.

The current odds on Arsenal to win league 2019 are 50/1 through Betfair, as they sit further down the chasing pack in the present table standings.

Emery began his time in London with disappointing back-to-back defeats at the hands of top Premier League rivals Manchester City and Chelsea, causing some fans to become worried at the prospect of a far from smooth transition from life under Wenger.

But the former Sevilla boss has managed to turn things around and he now looks capable of leading the club towards more promising results during the rest of the top-flight campaign.

Yes, these are sides that Arsenal are expected to beat, but the manner in which they achieved those victories helped reinstate some belief, having to battle hard to overcome Cardiff, while edging out the Hammers 3-1 on their travels to East London. 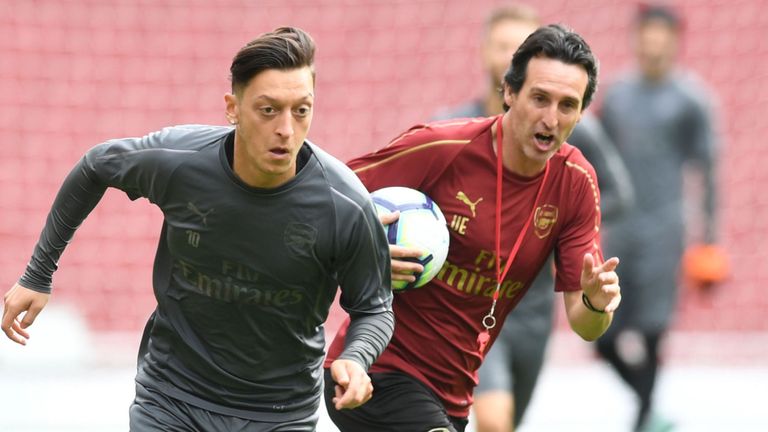 The Gunners find themselves in a far-from-promising position in the current Premier League table but they have enjoyed some solid displays from their players and, after the international break, finally came to a close, they can kick on now and prepare for a long season ahead.

The pressure was always going to be on Emery after taking on such a mammoth role and filling the gaping void left by Wenger, but his early impressions should not be judged too harshly.

There’s a long road ahead and Arsenal look set to get back to winnings ways domestically and kick on for an exciting campaign in this new era.