Jose Mourinho’s record of having never managed over four seasons at a club continued after the Portuguese gaffer was sacked by Manchester United today morning. United were beaten 3-1 by Liverpool at Anfield on Sunday evening- the first time the Reds had got the better of their great rivals at home since 2013, and that defeat was apparently the last straw for the United board. Chief executive Ed Woodward cut a frustrated face at Anfield, and so did United legends like Sir Bobby Charlton and Sir Alex Ferguson, who were present for the big game against Jurgen Klopp’s men.

Mourinho’s teams have been said to display “third season’ syndrome, and United were no different. They are currently a whopping 19 points off the pace, with only 26 points to show for their efforts from 17 games, and are closer to the bottom of the table than they are to the top. 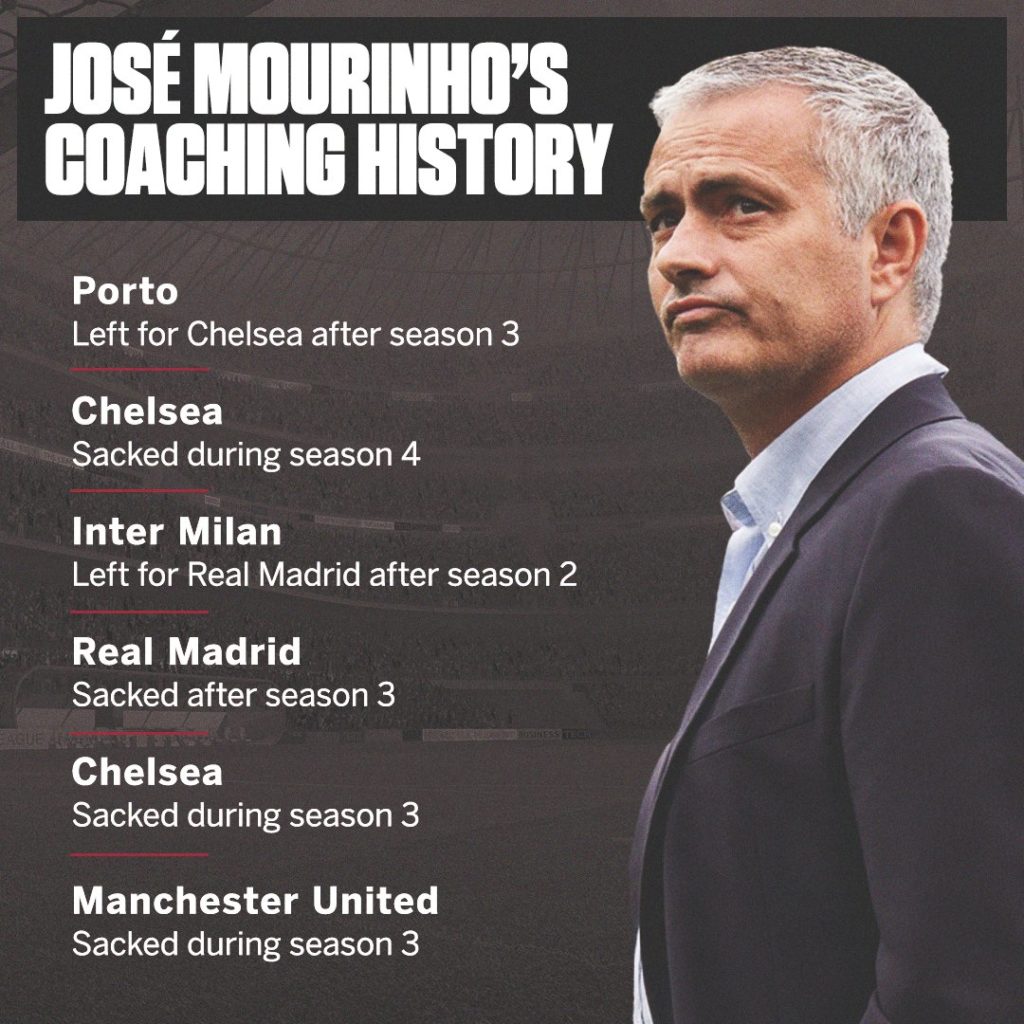 There were always rumours swirling about a potential sacking earlier in the season, but comeback victories, like the ones against Newcastle and Juventus, bought Mourinho some time. At Anfield, the Special One didn’t use Paul Pogba at all, with the French World Cup winning midfielder said to have fallen out with the person who brought him back to Old Trafford for a jaw dropping £89m fee.

United have said they will have a caretaker manager in charge till the rest of the current season and then appoint a full time, permanent one. A look at the bookies on the Free Bets Hub site indicates that the likes of Zinedine Zidane and Maurico Pochettino are favourites to replace Mourinho. Other names being touted around include Laurent Blanc and Ole Gunnar Solskjaer, both former United players.

Apart from falling out with his senior players, which seems to be a recurrent Mourinho theme, a major problem for United was their defence this season. The Red Devils conceded a whopping 29 times in the league in 17 games under Mourinho- the fifth worst in the league. Liverpool, by comparison, have let in only 7, while defending champions Manchester City have conceded just 10.

United’s next game is against Cardiff City in the league over the weekend. They were also drawn against PSG in the Champions League Round of 16, and a sign of how deeply their stock has fallen under Mourinho came in the form of their pre-draw ratings from Italian newspaper Gazzetta, who equated the Red Devils to be at the same threat level as Ajax, Schalke and Lyon.

The new manager at Old Trafford has some serious rebuilding to do. A priority would be to finish top four, although they’d do well to finish in the top six on current evidence.