The football world has been rocked by strange and unexplained transfers more than one time. From superstars arriving at lowly clubs to virtual unknowns being signed by juggernauts, some football transfers are as baffling as wearing a winter jacket on a beach.

Starting with Kevin Prince Boateng’s recent arrival to Barcelona, we list some of the most shocking football transfers ever.

A few days ago, Barcelona shocked the world by signing Sasuolo’s Ghanaian recently converted false-nine. It’s not that Boateng is not a well-known name in football – it’s just that he’s more known for his antics rather than his qualities.

Granted, his spell at AC Milan has been fruitful (who can forget that goal against Barca?) and he played well for Sasuolo this season. However, even with Barca needing a striker who can come off the bench after Munir left for Sevilla, Boateng doesn’t seem to be the answer. He’s obviously not as talented as Suarez, Messi or Dembele, so it remains to be seen if he’ll be a hit or a miss. 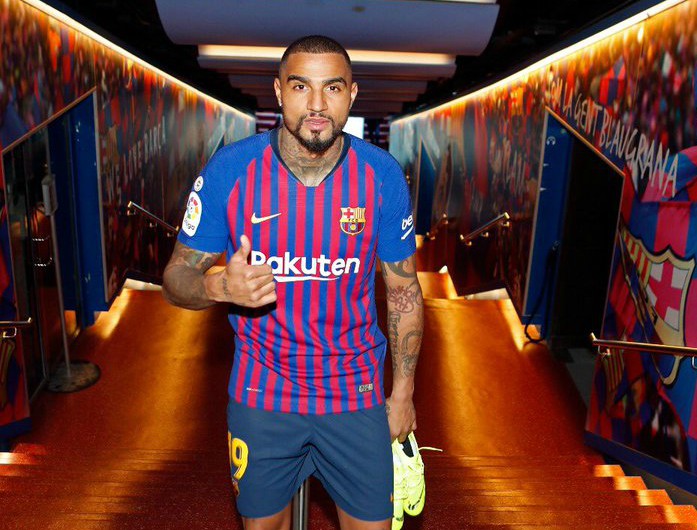 Although a loan move, football transfers don’t get more shocking than Julian Faubert’s move to Real Madrid. Playing at West Ham at the time, Faubert was a solid, but not a spectacular player fans were used to see at Real. He arrived in 2009 on loan in a move which baffled Los Blancos fans.

And, even though some experts considered it a good move by Real, Faubert appeared in only 2 games for the Madrid outfit. He was once caught sleeping on the bench during a match and missed one training after thinking he had the day off, so his time at Real Madrid can easily be labeled catastrophic.

Here’s another recent transfer that shocked the world. Last season, Max Meyer was on the mind of many European giants. Although no Mesut Ozil, the German youngster played great for Schalke and it was only a matter of time before he moved to another club. However, no one could have expected that club to be Crystal Palace.

The mid-tier London club signed Meyer to a three-year contract in the summer of 2018. Fans of Crystal Palace were happy to see the club secure a quality signing, but Meyer is yet to produce dominant displays. The team isn’t any better because of Meyer, so don’t expect them to see them among the list of outright PL favorites at www.novibet.co.uk.

One of the most shocking transfers in La Liga, Luis Figo decided to switch the Catalan pride for their fierce rivals in the summer of 2000. Figo was revered by Barcelona fans and his time spent in the Catalan capital established him as a world-class winger.

His €62 million move to Real Madrid stunned Los Cules, and we can safely say that he went from saint to sinner in a second. Figo’s time as a Galactico was fruitful, but it made him an enemy of Barcelona, with fans publicly expressing their outrage in his first return to Camp Nou.

Nobody expected Barca to go for a Spurs reject playing in the Chinese Super League, but they did. It’s a move that paid off though, with the Brazilian ending up being one of the best players for the Catalan giants that season and even making it to his side’s World Cup squad!