Here are the Spanish papers’ reporting on Paul Pogba’s recent comments on Real Madrid and Zinedine Zidane. The French medio said in a press conference that Real were a dream club for every player, and more so under Zidane. He however did add that he was happy in Manchester, but the first few lines were enough to drive the transfer rumour mills into overdrive.

Here are some reactions from the media in Spain.

Zidane is widely expected to overhaul the Real squad next summer and several names from the Premier League, key among them Chelsea star Eden Hazard, have been named as possibilities to move to the Spanish capital for the 2019/20 season.

The 26 year old Pogba made this comments ahead of France’s European qualifier against Moldova. 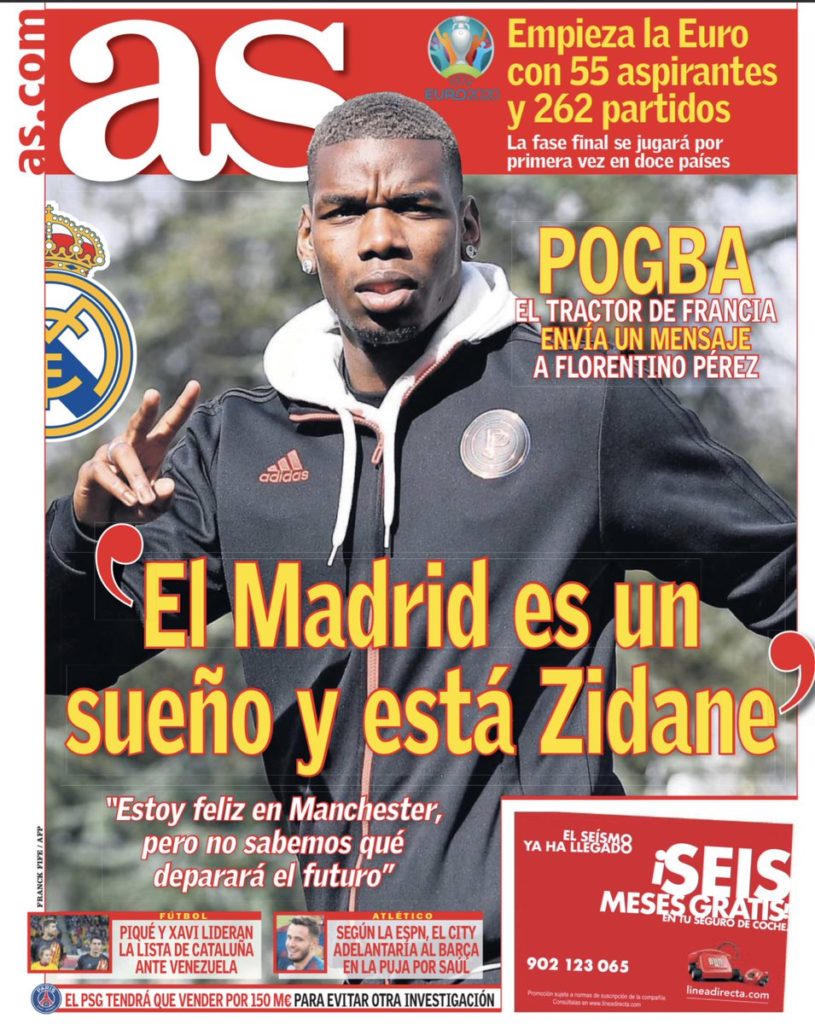 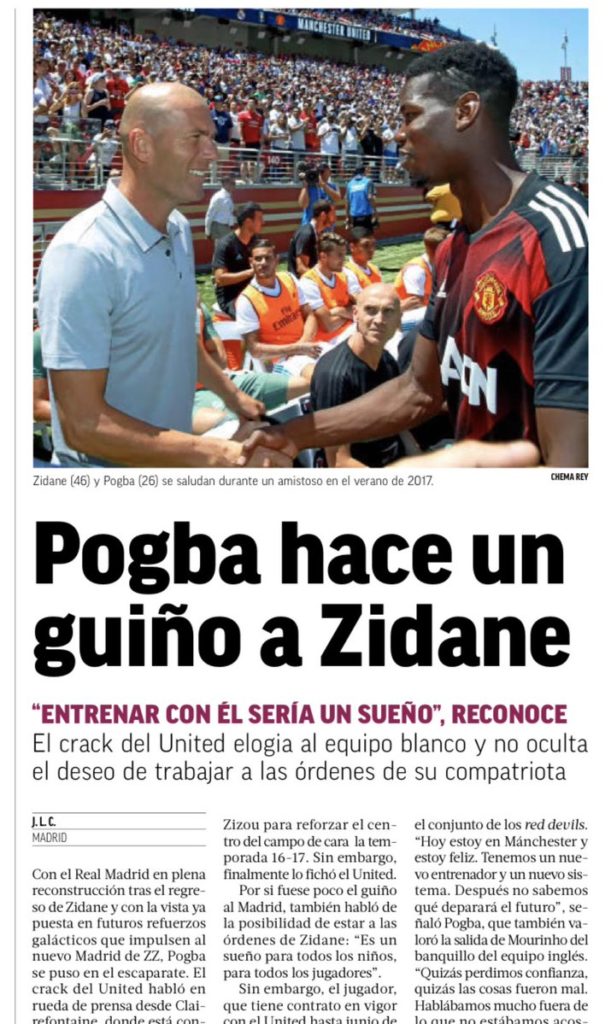 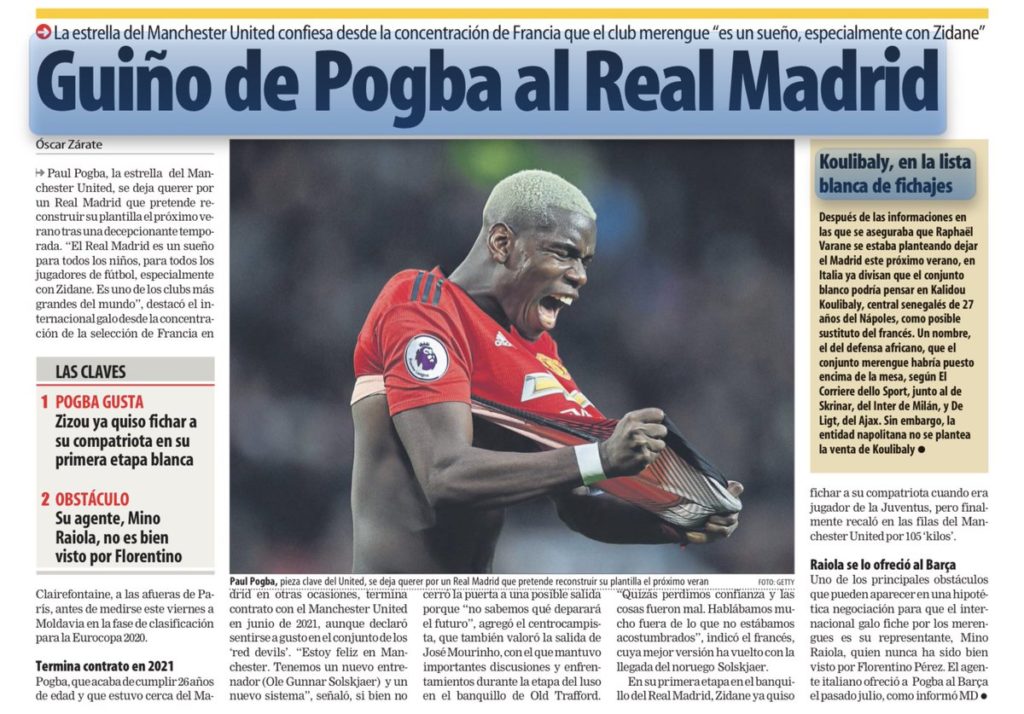