Barca registered their first ever win at Old Trafford over Manchester United last night, edging the Red Devils 1-0. Luis Suarez’s header, turned into his own goal by Luke Shaw, was the difference between the two sides at the final whistle. The goal was initially not awarded as the linesman raised his flag, but VAR came to the Blaugrana’s rescue, indicating that Suarez had been onside and that the goal was legitimate.

Here is MD’s reaction to Barca’s win- “Bosses of the Theatre”, a reference to Old Trafford being called the Theatre of Dreams. 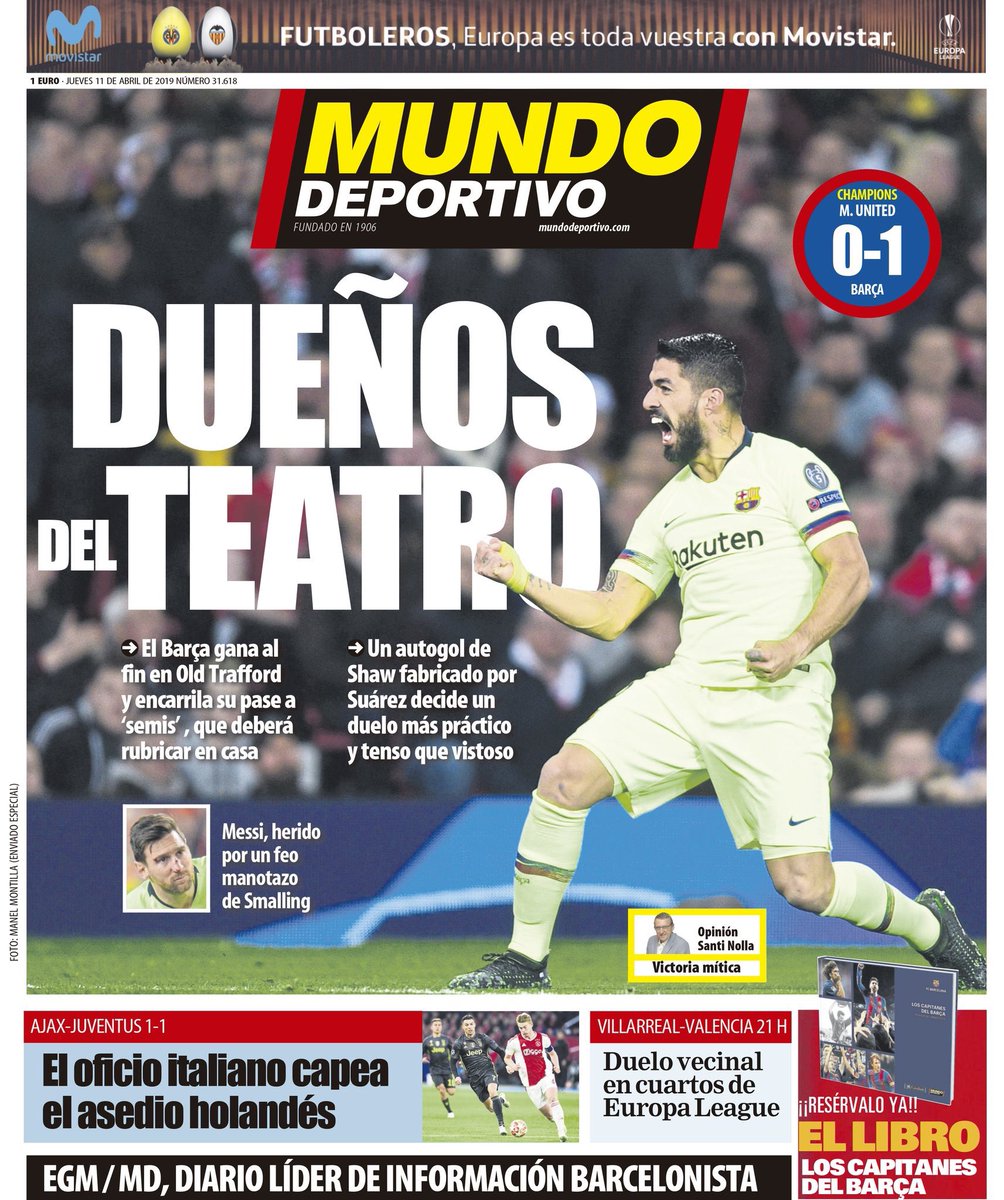