Rising Dutch star Matthijs de Ligt has finally ended months of speculation by officially opting to sign for Serie A champions Juventus. De Ligt was linked through out the summer to both Barca and PSG, but has chosen to further his career with the Bianconeri. He was an integral part of the Ajax side that reached the semifinals of the Champions League last season and beat Real Madrid, and somewhat ironically, Juve themselves, in the knockout stages of the tournament before being eliminated in heartbreaking fashion by Tottenham Hotspur. The reported value of the deal is £67.5m (around 75 million euros)

Tuttosport lead the way, dedicating their front page to the young defender. Gazzetta had a smaller welcome, but nevertheless had him on the front page, as can be seen below. 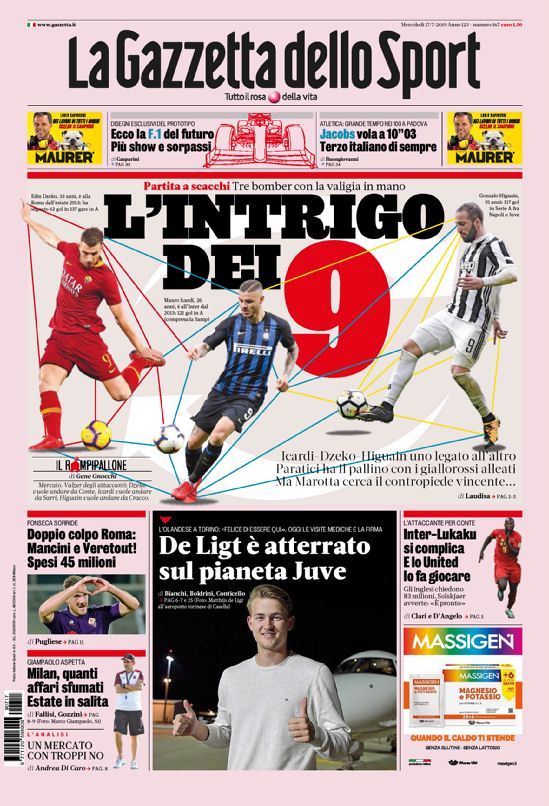