This decade has been one of Spanish domination in the Champions League. For six consecutive years between 2013 and 2018, there was at least one Spanish club always present in the final. However the 18/19 season was a bit of a shocker, with defending champions Real and cross town rivals Atleti both exiting in the Round of 16, and Barca inexplicably knocked out in the semis despite having won their first leg 3-0.

La Liga will have the same four clubs representing them in the CL in 19/20- Real, Barca, Atleti and Valencia. The quartet have embarked on a spending spree of sorts- at the time of writing, La Liga has spent more money in the summer window than the Premiership, and the cumulative value of transfers has crossed a billion euros for the first time in the league’s history. And it’s not just Real and Barca- Atleti and VCF have also splashed the cash, with the Colchoneros spending a whopping 126 million euros for teenager Joao Felix and Los Che 35 million for the signing of Dutch keeper Jasper Cillessen. 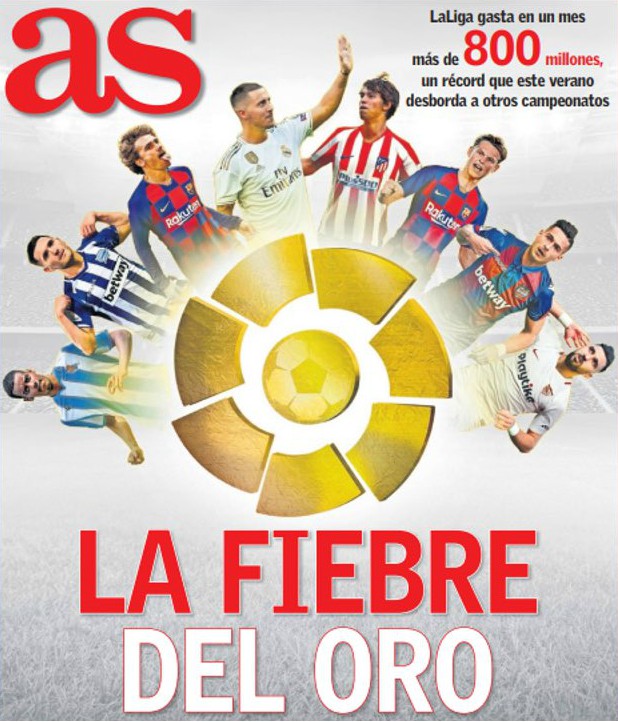 Barcelona: Barcelona went the furthest of Spain’s clubs in the UCL last year, but last year was a bit of a disappointment by their usual high standards- winning the league but losing in the Copa del Rey final and exiting the CL after a dramatic evening at Anfield. They’ve strengthened their squad with the big name acquisitions of Frenkie de Jong and Antoine Griezmann for a cumulative sum of nearly 200 million euros, and there may be more to come in the next few weeks.

Real Madrid: Last season was probably the worst in Real’s recent memory- Los Merengues never quite managed to replace Ronaldo last year, and it saw the board send a SOS to former manager Zinedine Zidane. The legendary Frenchman has set about doing a complete rebuild, with the likes of Eden Hazard, Rodrygo, Ferland Mendy, Luka Jovic and Eder Miltao all new arrivals in the Spanish capital.

A trip to the Bernabeu is always eagerly awaited by supporters of various Champions League clubs when the draw is made. Last year, Real welcomed Roma, Plzen and CSKA. This season, as a Pot 2 side (instead of their usual Pot 1), they could be in for a more tricky group, with any of the big English clubs, Juve, Bayern and PSG potentially among their opponents.

Atletico Madrid: Atleti were knocked out of the CL last season by their old nemesis Cristiano Ronaldo, who returned to haunt Los Colchoneros, this time in the black and white colours of Juventus.

This is a big season for Atleti. Several key players of this Diego Simeone era- Rodri, Juanfran, Diego Godin, Lucas Hernandez, Filipe Luis and Antoine Griezmann, will no longer be plying their trade at the Wanda Metropolitano. The key for the Argentine gaffer is to ensure his team don’t fall apart and remain a relevant force. They’ve taken a big punt for Felix- the Benfica teenager, and his success, or lack of it, could well decide the fate of their upcoming campaign.