Fulham set a new Championship record for possession in a game (84%) and most passes in a fixture (934) in their 4-0 demolition of Millwall at Craven Cottage last night. These stats began to be kept for the Championship since 2013/14, and these Fulham statistics against the Lions are pretty much unprecedented.

The possession stats were even more in favour of the Cottagers at half time, when they had 88% of the ball. 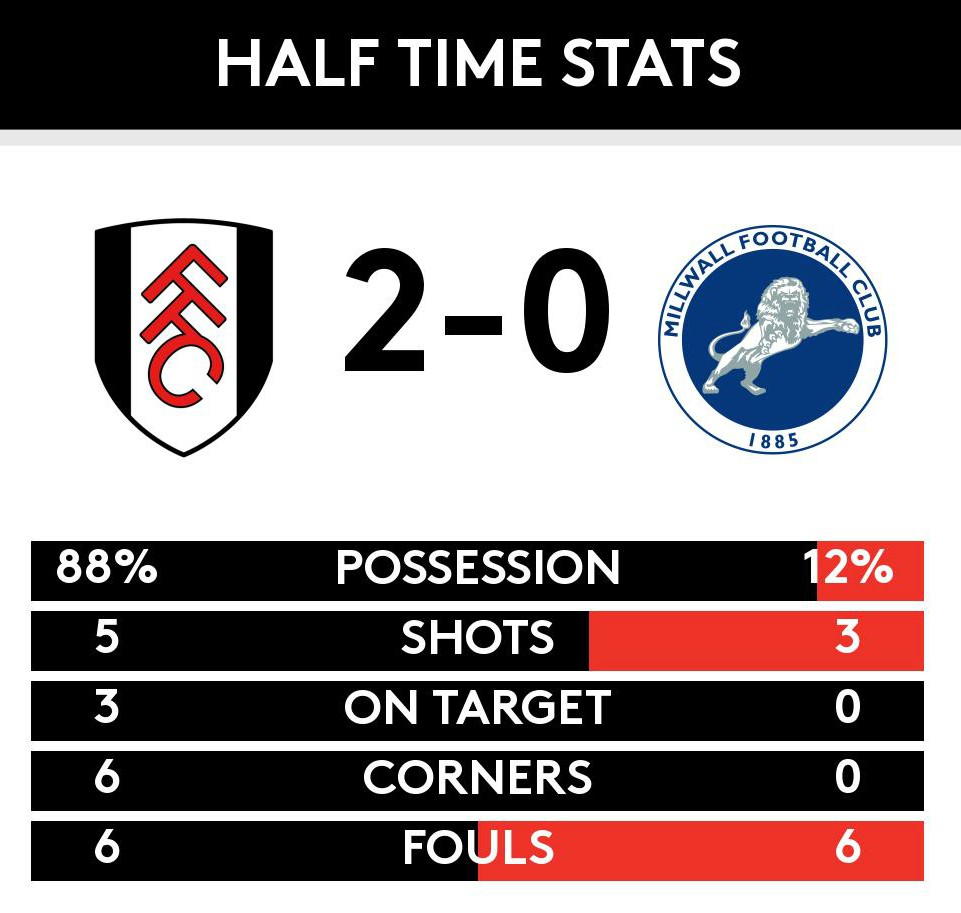 The demolition job started off in the 15th minute with this stunning team move that was superbly finished off by Ivan Cavaleiro. Knockaert added a second on 32 minutes to make it 2-0 going into the interval. Mitrovic added a third from the spot (56) before Cavaleiro wrapped up things with his second of the game (63 mins)