Ordinarily, picking the winner from a Chelsea vs Norwich league fixture would be a no-brainer. Chelsea, managed by the charismatic Jose Mourinho, are the reigning Premier League champions and are unbeaten in their last eleven games against the Canaries. Their last defeat against the Norfolk outfit came more than two decades ago, back in 1994.

However things are slightly different this time around. Stunning as it is to believe, Norwich are AHEAD of the Blues in the league standings. The latter’s 1-0 loss to Stoke before the international break marked the first time they’ve lost three league games in a row since 1999. After 12 games in 2015/16, Chelsea have picked up just 11 points- at the same stage last season, they had 32. Mourinho has already lost seven league games this season- the most in any season of his managerial career. In the whole of 2014/15, he lost only three league fixtures.

It’s crisis time at the Bridge, and Roman Abramovitch’s patience must be running out, especially if the rumours that Mourinho has lost the dressing room are true.

Chelsea are below Norwich in the league standings!

Norwich aren’t doing much better either, but their 1-0 win over Swansea before the international break means the Canaries are currently ahead of the Blues in the table.

Supporters will be hoping that Chelsea don’t turn their anger on Alex Neil’s side- the Blues, for all their struggles, are packed up with talent who, if on song, can tear the opposition to pieces.

Chelsea’s problems are perfectly illustrated by the contribution, or rather lack of it, from Eden Hazard, Cesc Fabregas and Diego Costa.

Belgian playmaker Hazard was last season’s Player of the Year, but has failed to find the back of the net in 2015/16. Fabregas racked up 19 assists last season, but has managed just one so far, and Costa, who netted 20 goals in 2014/15, has scored just twice this year. 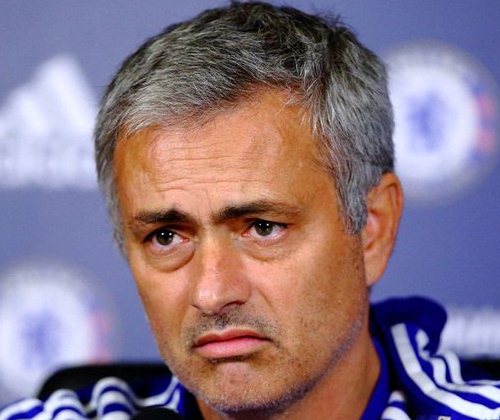 On the plus side, Branislav Ivanovic made his return from injury during the international break and should be available for this weekend’s game at Stamford Bridge.

Despite Norwich being ahead of them in the table, the punters clearly think that Chelsea are the favourites. The Blues are being quoted at 4/9, with their opponents being given long odds of 13/2.

If Norwich win their first game in over two decades this weekend, £10 staked will give you a total return of £75.

To spice things up, we’ve got a little competition for you this weekend. Predict which square the first goal in this Chelsea v Norwich game will go into, and one lucky winner who predicts correctly will get a £10 Amazon voucher, courtesy the good folks at bingo.paddypower.com 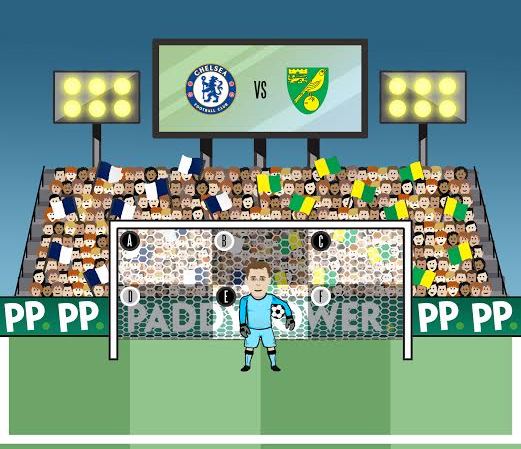 1.) You must be UK based, and above the age of 18.
2.) E-mail your entries at the address on our contact page
3.) In case of multiple correct entries, winner will be chosen by a lucky draw.
4.) Judges’ decision will be final.