Poor AC Milan can’t quite catch a break with their managers! The latest person in charge of the Rossoneri, legendary Azzurri midfielder Gennaro Gattuso was so disappointed by the players’ “lack of reaction” in their weekend loss to Verona that he felt like resigning, according to sources in the Italian press. Milan had beaten the same team in midweek (by the same margin!) in the Coppa Italia, but suffered an embarrassing reversal at Marc Antonio Bentegodi. However Marco Fassone, the Rossoneri managing director, talked him out of it.

Gattuso’s five games in charge of Milan haven’t been too great- they became the first team to drop points against Benevento (Gattuso said after the game a stabbing would’ve been better than the late goal Milan conceded), and also suffered defeat away to Croatian side Rijeka in the Europa League.

In response, the players have allegedly been sent to a training camp “till further notice”, with the Christmas team dinner cancelled.

Milan’s next three games are against Atalanta (a), Inter (home- Coppa) and Fiorentina (a)- a real possibility that they may end up without taking anything from these fixtures. 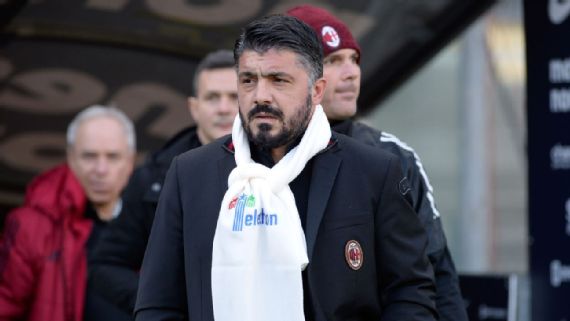