West Brom suffered their eight straight defeat across all competitions as late goals from Jordon Ibe and Junior Stanislas saw Alan Pardew’s side go down 2-1 at the Vitality Stadium to Bournemouth.

Albion were hurt by Jonny Evans having to go off towards the end of the game, and Bournemouth came from 1-0 behind to triumph 2-1- their first win in five. The result saw the Cherries move to 10th in the table and pushed Albion closer to the drop- the Baggies are now 10 points adrift of safety with seven to play.

After first half claims for penalties at both ends were dismissed by referee Graham Scott, it was Albion who took the lead. Kieran Gibbs’ cross from the left was headed down in the box by Salomon Rondon into the path of Jay Rodriguez, who produced a cool finish from close range.

The visitors clung on to their lead for nearly half an hour before Ibe’s long range strike caught Ben Foster unawares and saw Bournemouth equaliser. Twelve minutes later, Foster was again beaten from a near identical position, this time at the near post, by Junior Stanislas’ superb free kick.

Albion could’ve taken a point but for the brilliance of Charlie Daniels, who produced a superb goalline clearance to deny Matt Phillips deep into second half stoppage time.

10,242 in attendance at the Vitality Stadium. 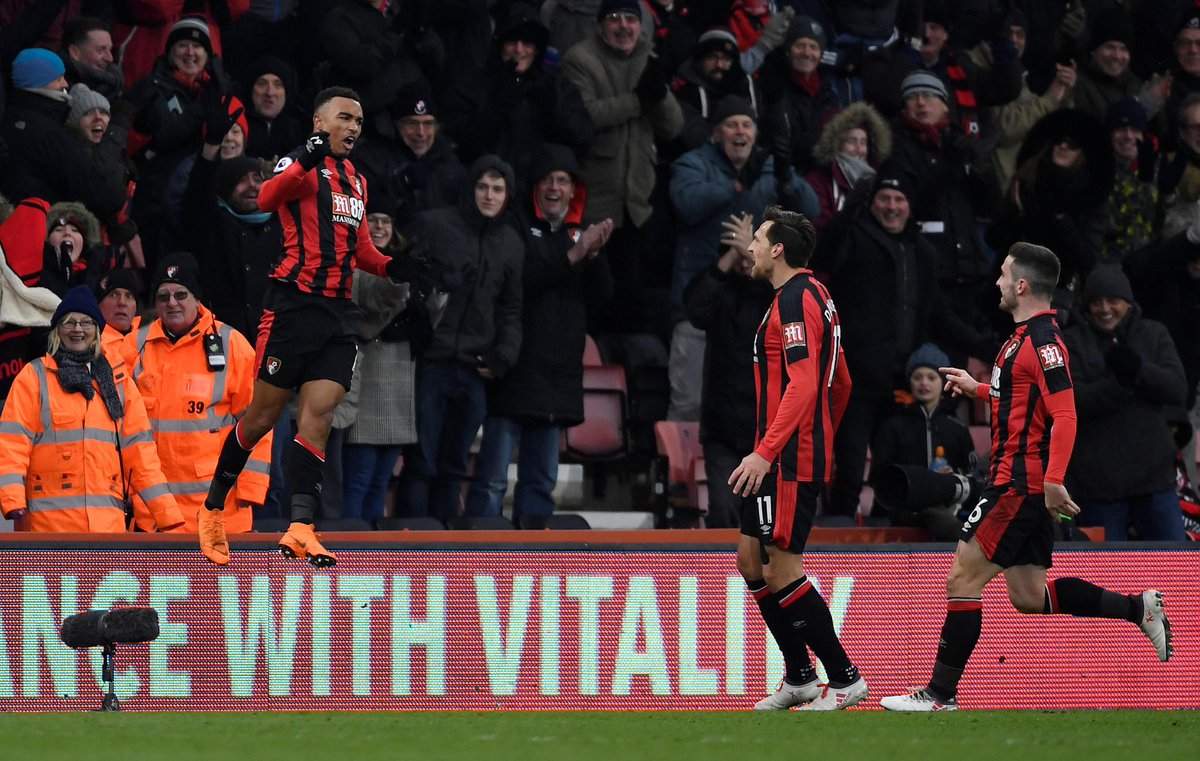