New Netherlands manager Ronald Koeman has named his first provisional squad for their upcoming friendlies against England and Portugal and there are plenty of new faces for the Oranje, who are looking to get over their twin disappointments of not qualifying for Euro 2016 and the 2018 World Cup.

Both Nathan Ake and Justin Kluivert have been called up to the squad, but there is no place for Southampton’s Wesley Hoedt. Another noticeable inclusion is former Liverpool star Ryan Babel 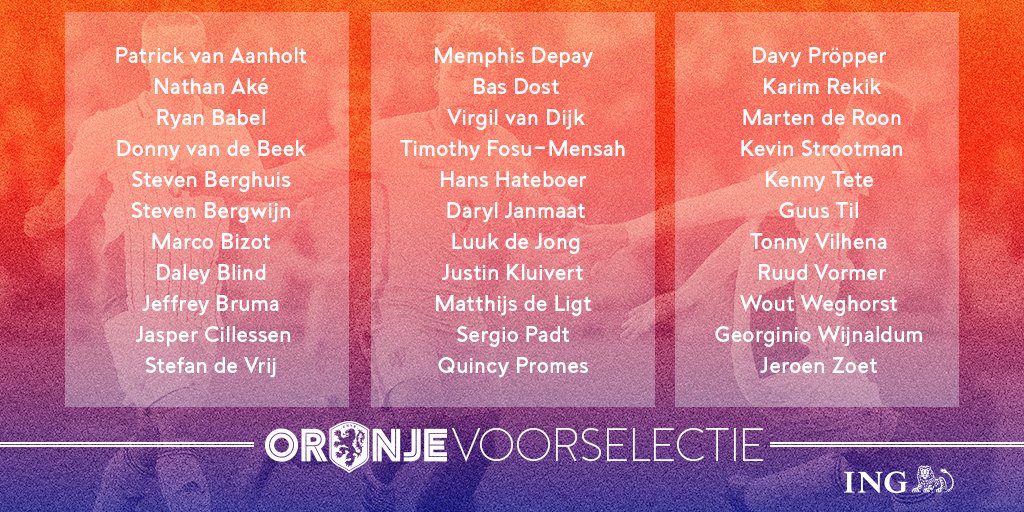