Reigning European holders Portugal crashed to a 3-0 loss in Geneva in their final warmup game before coach Fernando Santos announces his 23 man squad to travel to Russia.

The Seleccao were very poor defensively in the first half and the Netherlands, who failed to qualify for the World Cup and were beaten in Amsterdam by England on Friday, took full advantage as they netted thrice before the interval.

Fernando Santos opted for a somewhat experimental lineup with Cristiano Ronaldo the only player in the XI that you could say was assured of a starting spot in Russia. Young Napoli left back Mario Rui was given his senior debut and became the fourth player from Portugal’s U20 World Cup squad (they finished as runners up) to play for the national team after Danilo, Cedric and Oliveira.

Portugal started off brightly, but went behind in the 11th minute with the Dutch going ahead with their first real chance of the game. Former United and PSV star Memphis Depay, now playing in Ligue 1 for Olympique Lyonnais, was quicker to react to the cross than pposition central defender Jose Fonte and it was 1-0 Netherlands. The defensive frailties continued with the second goal, with Ryan Babel, the only player above 30 in Koeman’s squad, given a free header to make it 2-0 on 32 minutes.

The provider of the assist for Babel’s goal, Matthias de Ligt, was again on hand to set up the Netherlands’ third goal. This time it was skipper Virgil van Dijk who was left unmarked, and he produced a fine volley finish to make it 3-0. As noted by soccer-blogger.com, it was the Liverpool defender’s first ever national goal. 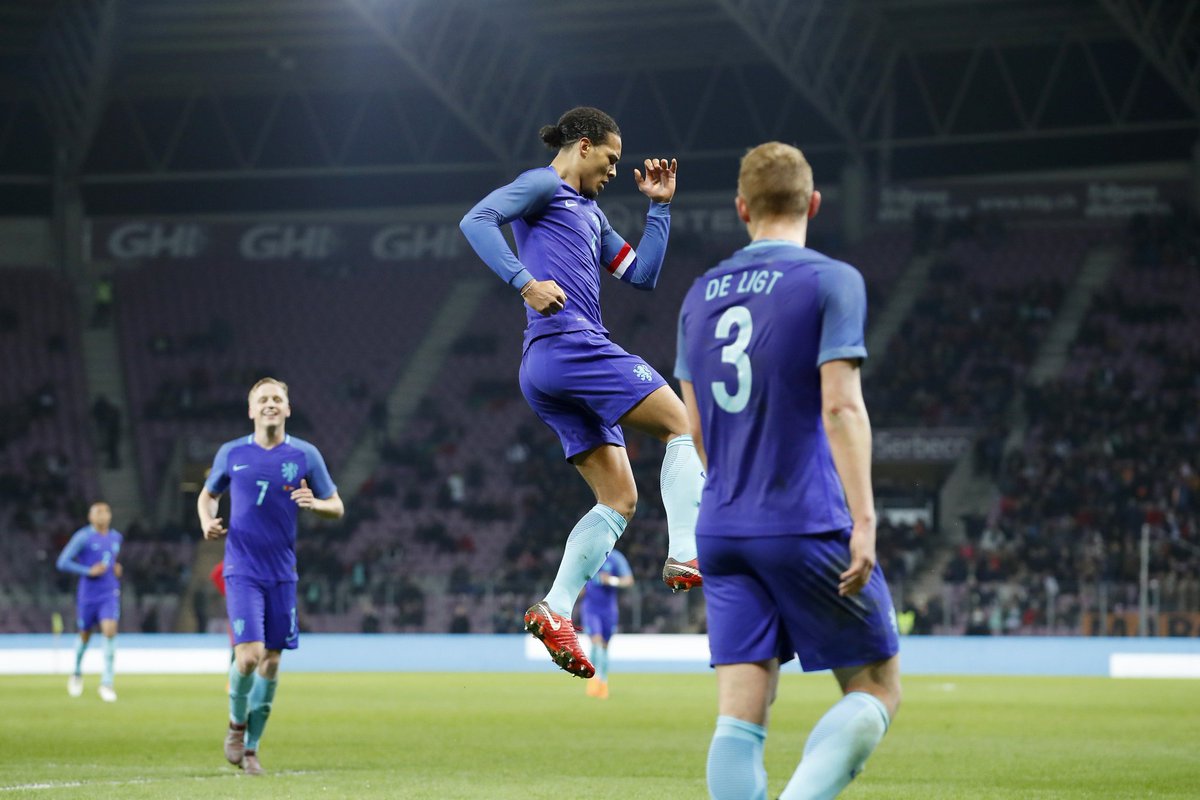 After a dismal first half, Santos rang in the changes, but despite an improved showing after the interval, Portugal were unable to score. They also had Inter full back Joao Cancelo sent off and played the last half an hour with ten men.

A welcome win for the Dutch and Ronald Koeman, but plenty of questions for Santos ahead of Russia 2018. Some were decent, like Rui and Gelson, but others like Adrien Silva, Rolando and Cancelo might have harmed their chances of being named in the final squad.