Celtic became the first Scottish side to do a domestic treble in successive seasons as they beat Motherwell 2-0 at Hampden to win the Scottish Cup. Both Jock Stein’s Celtic (1970) and Walter Smith’s Rangers side (1994) had come within one game of doing the Double Treble, but there was no stopping Rodgers’ men, with first half goals from Callum McGregor and Olivier Ntcham sealing a comfortable victory for the Hoops. 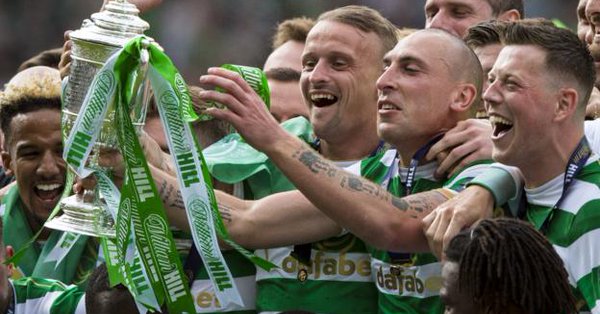 It was a disappointing day for Motherwell, who were hoping for their first piece of silverware since their 1991 Cup win, and also means that Hibs, who finished fourth in the Scottish Prem, will go into the Europa League qualifiers next season.

Craig Gordon was relatively untroubled in the Celtic goal, with Curtis Main’s effort and Gael Bigirimana’s free kick the closest Well would come to scoring in this game.