Nice striker Mario Balotelli was named in new Italy manager Roberto Mancini’s first ever squad as the former Man City gaffer took charge of the Azzurri after leaving his post at Russian outfit Zenit St.Petersburg. Mancini succeeds Gian Paolo Ventura, who was shown the door after Italy failed to qualify for the World Cup following a playoff defeat to Sweden.

Balotelli last played for Italy in the 2014 WC, but has been in sparkling form for Nice in Ligue 1 this season, prompting Mancini to recall him. However there is no place for Paris Saint-Germain’s Marco Verratti.

The squad named is for the friendlies against Saudi Arabia, France and the Netherlands. Emerson Palmieri and Davide Zappacosta are the only two Premier League based players in the squad. 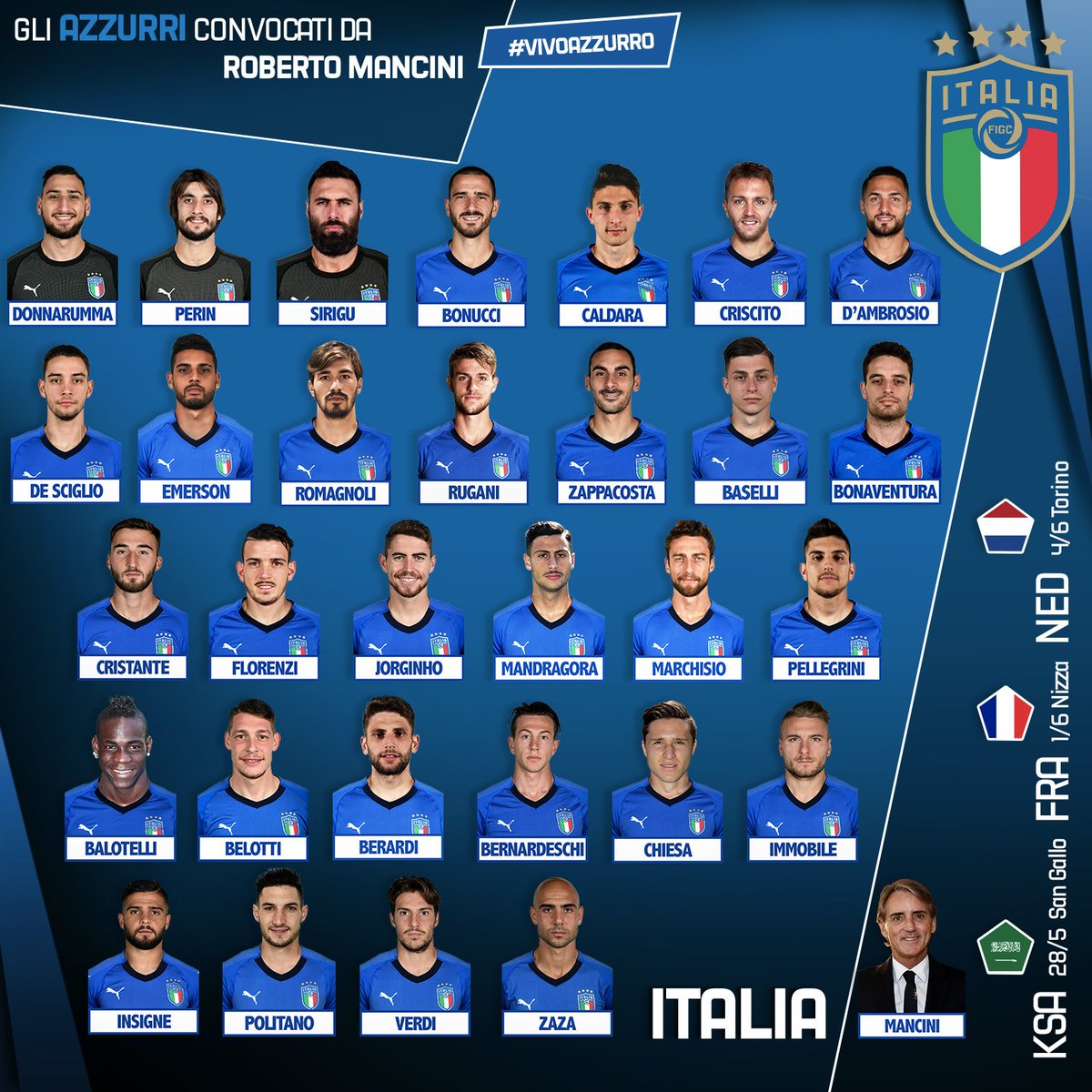