Italian defender Giorgio Chiellini has said that Atletico Madrid are more of an Italian team rather than a Spanish one ahead of Juventus’ Champions League clash against Los Rojiblancos.

Chiellini also remarked that the best defender in the world was not him, but Real international Sergio Ramos.

Echoing Chiellini’s thoughts, former Juventus star Alessio Tacchinardi also said that Atleti and Simeone were perhaps the “worst possible opponents” for the Old Lady at this stage of the competition.

Juventus come into the first leg of this Round of 16 clash on the back of a 3-0 win over Frosinone, while Atleti were narrow 1-0 winners over Rayo in La Liga. 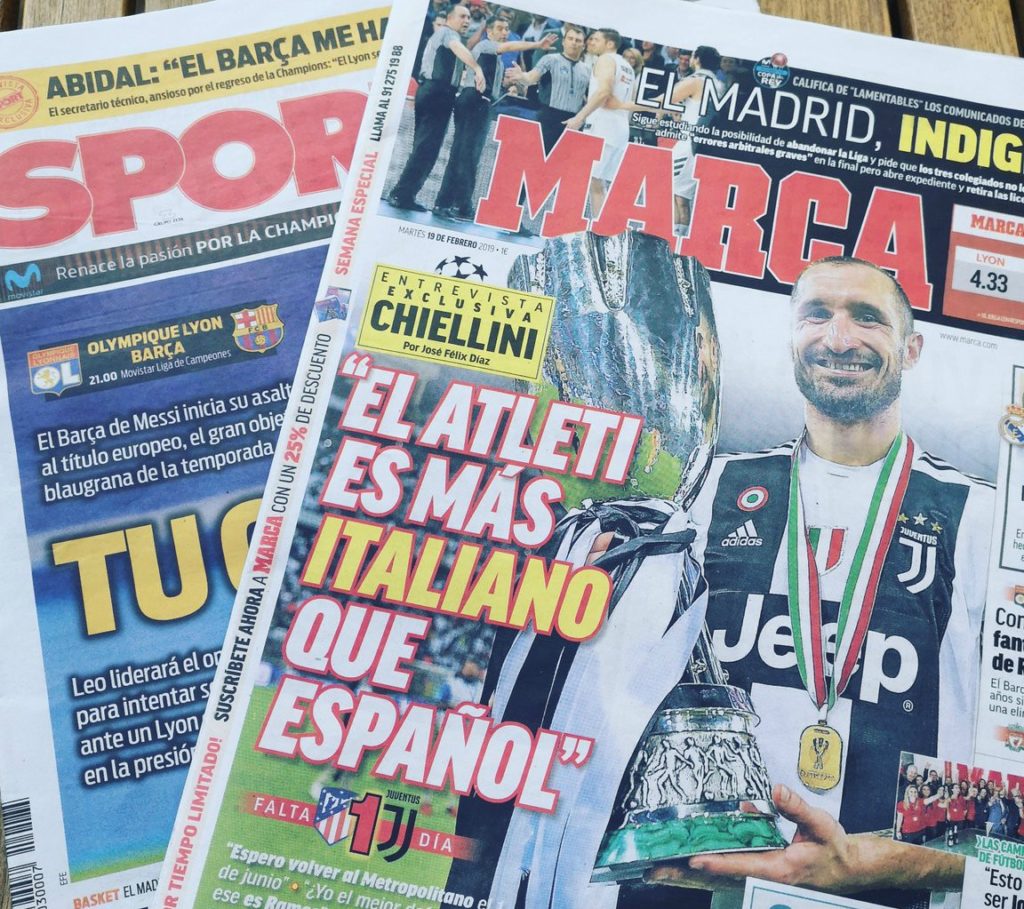