Karim Benzema has effectively been carrying Real Madrid on his shoulders this season, and there was more evidence of it on Monday night against Leganes, a game that Zinedine Zidane’s side drew 1-1. Real went behind to Silva’s opener, only for Benzema to equalise six minutes after the interval. The French striker almost produced a sumptuous assist for Marcelo as well.

Only Asensio and Benzema escaped with some kind of credit in these press ratings (everyone else got the standard 1), while Marca ran the headline “Otra Vez Solo Benzema” (once again only Benzema) 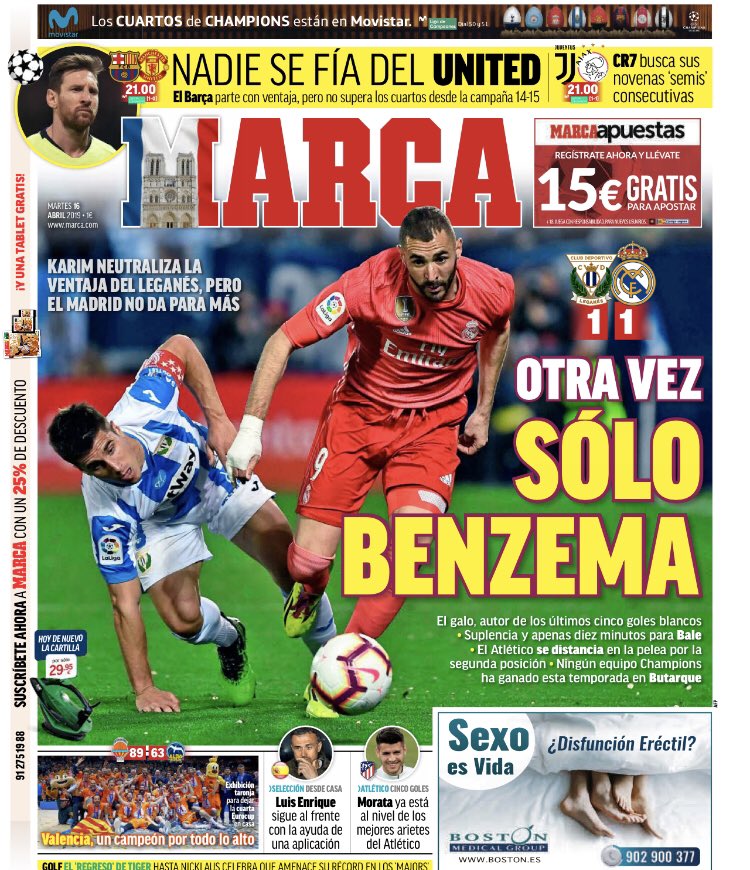