Here is a look at what the Italian papers have to say ahead of Juventus’ second leg Champions League clash against Ajax Amsterdam. The Bianconeri drew 1-1 in Amsterdam, and Ajax will be hopeful of doing a Bernabeu encore in Turin. Juve though will draw strength from their stunning 3-0 win over Atleti, and the architect of that magnificent win- Cristiano Ronaldo.

Gazetta ran a Ronaldo Game of Thrones newspaper headline today (My throne cannot be touched). The Portuguese superstar also features prominently in TS and CdS- he’s very much the face of Juve’s Champions League campaign in the press there.

There are also mentions of Conte being a potential target for Bayern as well as the Empoli goalkeeper (Dragowski)’s stunning performance to keep Atalanta at bay. 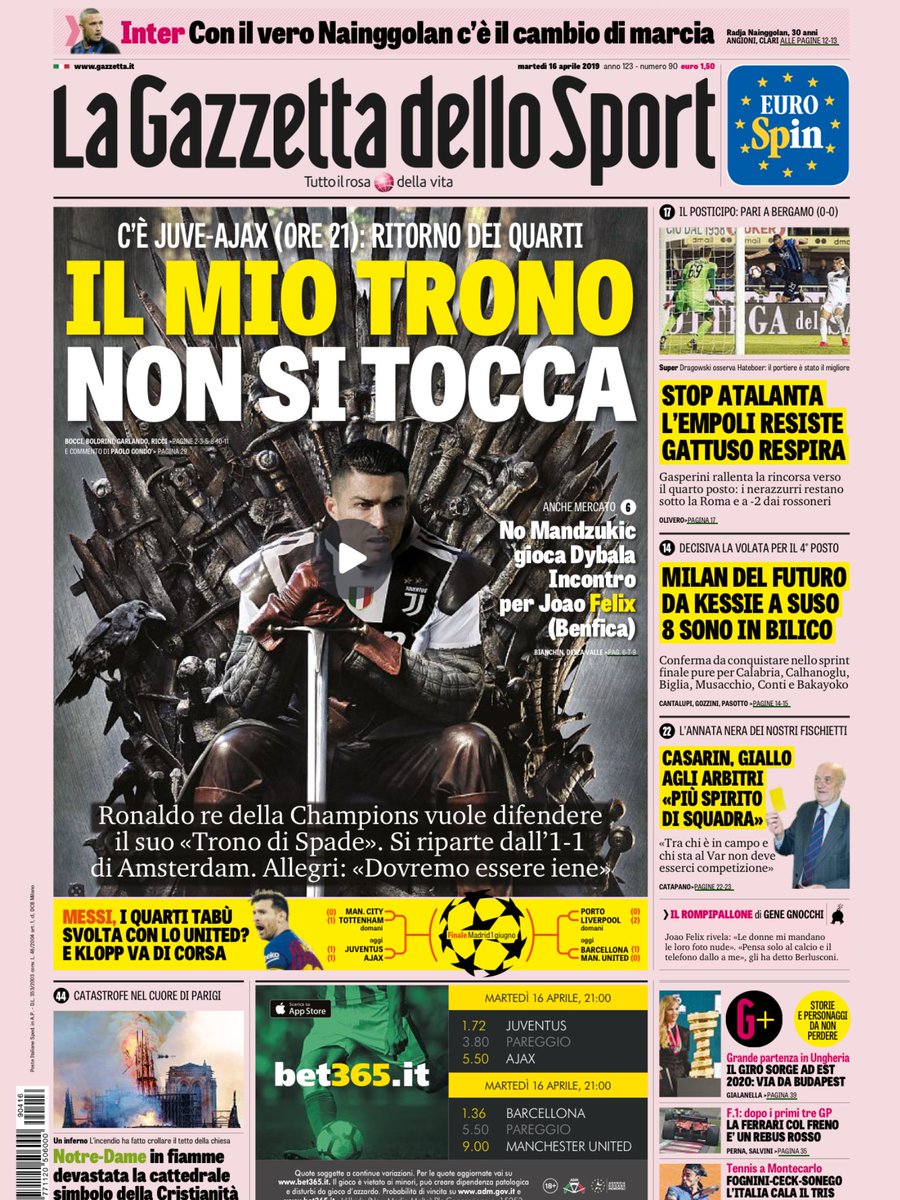 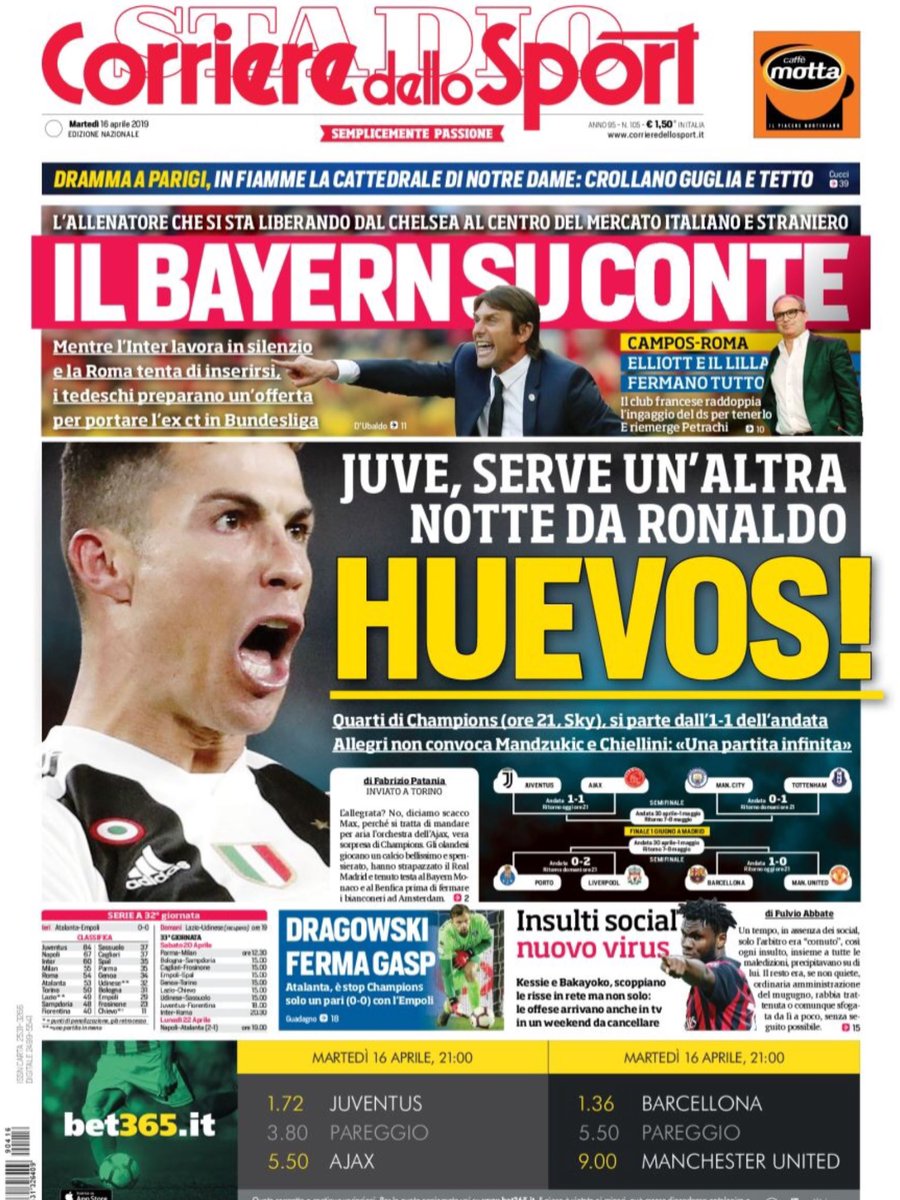