Here are the reactions from the Italian press after Erik ten Hag’s Ajax knocked out Max Allegri’s Juventus in Turin last night. Juve were the better rested side, but apart from the first 20 minutes, didn’t look like one as Ajax booked their spot in the last four of the Champions League for the first time in 20 overs. Ronaldo’s “throne” (see the GOT style headline before the game), was conquered.

The Juve side this year has been dependent on three players- goalkeeper Szczesny, defender Chiellini and striker Ronaldo. Chiellini was not available for this fixture, Ronaldo scored Juve’s only goal of the game and Szczesny produced several top class saves to prevent what could’ve potentially been a 5-1 or 6-1 to Ajax instead of the 2-1 they won by. A classic example of poor Juve defending was for Ajax’s match winning goal- a fantastic header from De Ligt, that saw him first to a corner despite two opposition players marking him.

Gazzetta went with the headline “Fine Corsa” (end of run), a play on the popular Juve phrase Fino alla Fine (until the end).

Tutto played tribute to the visitors, calling them “Grande Ajax” (Great Ajax). They carried a photo of De Ligt, unlike GdS and CdS, both of whom went with Ronaldo.

Ajax will now play either Man City or Spurs in the last four. 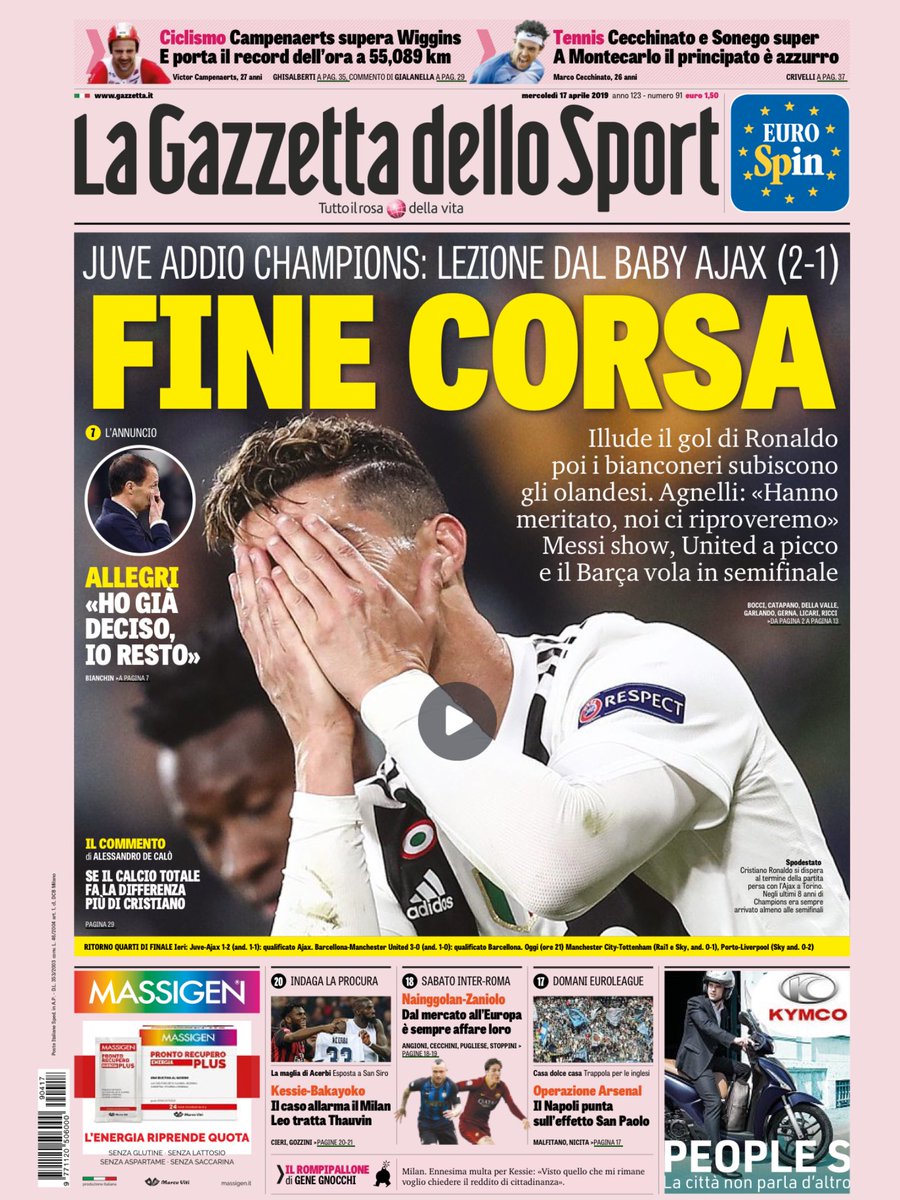 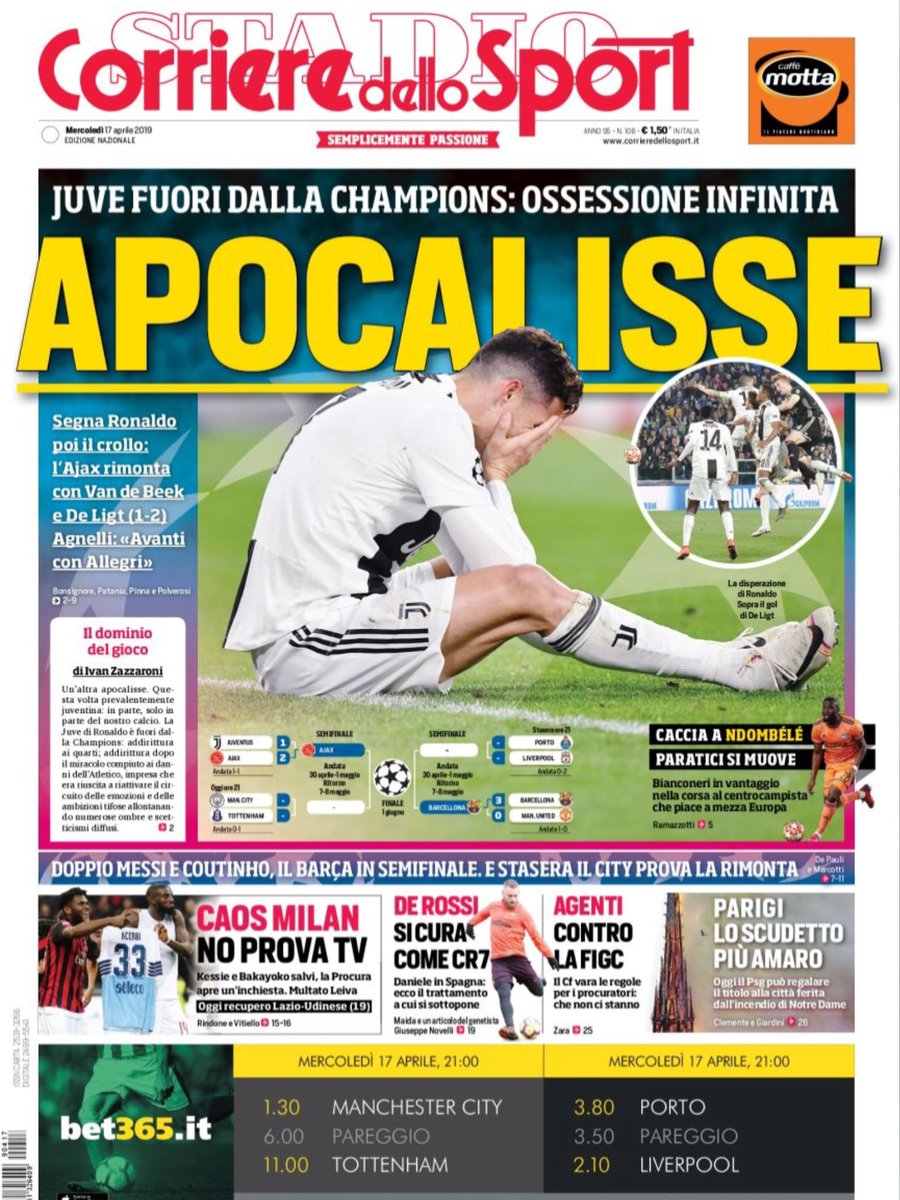