The Champions League is the pinnacle of European football. And by extension, arguably the world too. It’s a tournament that holds a spotlight on the best of the best, where the big dogs thrash it out to be crowned not only best domestically, but also across the continent.

We’ve seen plenty of them in the last two or three seasons- Barcelona overturning a four goal deficit against PSG, Barca themselves failing to hold on to a 3 goal lead against Liverpool, Ajax knocking out then defending champions Real Madrid and a Juventus side that included Cristiano Ronaldo, both away from home.

For fans of a slightly older vintage, here are three of the best CL games from yesteryear which defied the odds. 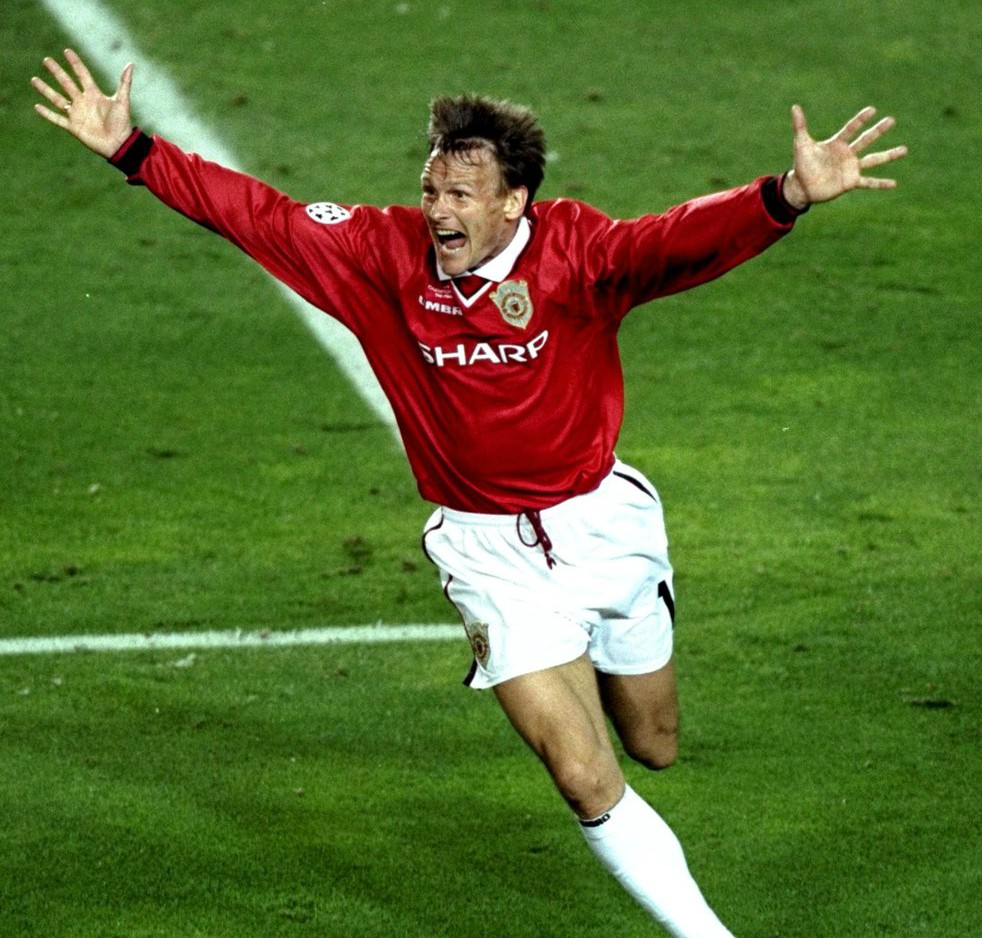 It’s one thing to score a 90th-minute goal — but two? And in the Champions League Final no less.

I am no Manchester Utd fan, in fact, my bias rivals the punditry talents of one Jamie Carragher or Gary Neville. Nevertheless, you have to give plaudits where it’s due. And Manchester Utd achieved something truly special on that night in 1999.

After a little over 5 minutes, Bayern took the lead through Mario Basler’s freekick. What followed was a dominant final performance from Die Roten. With the likes of Effenberg and crew peppering the goal — with volleys, bicycle kicks, and lobs — a second seemed all but certain.

Dejected Utd fans watched on, wallowing in their seats as every half-chance got fumbled and scuffed into the grips of Kahn.

After 90 minutes stoppage time was declared. And the game inexplicably turned on its head.

The equalizer was big. Sheringham turned home an awkward punt from Giggs at the stroke of regulation. Surely the final was now destined for extra time and penalties? But even the most astute of bets wouldn’t have called the next few moments:

Ole Gunnar Solskjaer — Mr Super-Sub himself — poked home a Beckham corner that will reverberate in Utd fan’s memories forever. The whistle blew and the Bavarians were beaten in the final embers of the match, after leading for nigh on 90 minutes.

The game helped establish the now worn-out stereotype that Utd always makes a comeback. So far Ole hasn’t been able to achieve the same heroics as a manager. However, there’s nothing to stop you heading over to OnlineCasinos.co.uk and finding some top online casinos to have a wager; because 1999 taught us that sometimes miracles do happen. 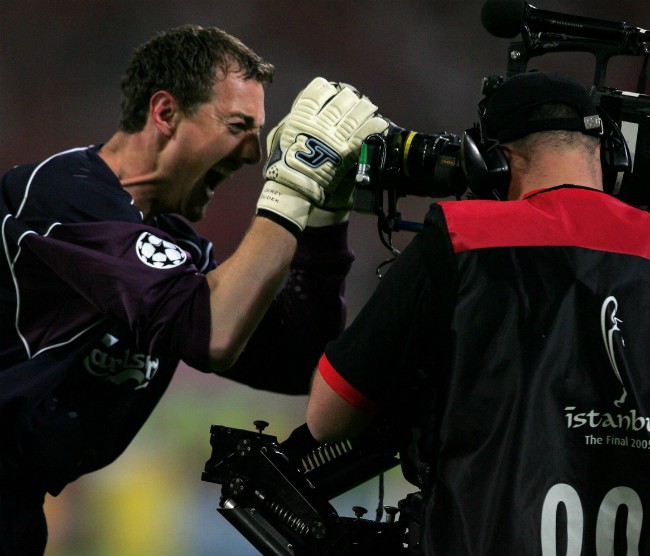 It would be sacrilege to talk about great Champions League comebacks without paying respect to that night in Istanbul.

The miracle match wasn’t just against the odds, all reasonable sporting knowledge dictates that Liverpool should have been a write-off. With Gerrard and his team against a wall of all-time greats at their peak, bookies should have cashed out before the game even began.

AC Milan hit three in the first half. And if we’re totally honest it could have been closer to six. A few offside calls kept the period of dominance from getting too out of hand. Regardless, three goals before half time had put the game to bed — or so we thought.

After a woeful domestic season for Liverpool, which saw them finish sixth in the league, the game was marred by rumors of Gerrard potentially moving onto greener pastures. Perhaps then, this explains why The Reds returned in the second half with a chip on their shoulder and a point to prove.

Xabi Alonso’s long-distance attempt was a signifier of things to come. The game had changed temperament altogether. And Steven Gerrard’s bullet header planted a seed of doubt in the Italian giant’s psyche.

As the skipper gestured to the crowd in celebration, football fans around the world realized we were about to watch something special. Then in went the next goal almost instantly. A sweet strike from outside the box by Smicer.

The game was at a touching distance when Gerrard got pulled over in the box by Guttuso. Alonso took the penalty — missed it to everyone’s display — fumbling in the rebound to complete mission impossible.

The score was tied 3 – 3 going into penalties. The Shootout was tense and Milan was uncharacteristically nervous from the spot, clearly shaken by the dramatic turn of events just moments ago.

Dudek’s heroics in goal, paired with a Grobbelaar-esque wobbly legs routine did enough to bat away Shevchenko’s game-clinching penalty. As the Ukrainian punted the ball in frustration: Liverpool were crowned five times champion’s of Europe against all the odds. 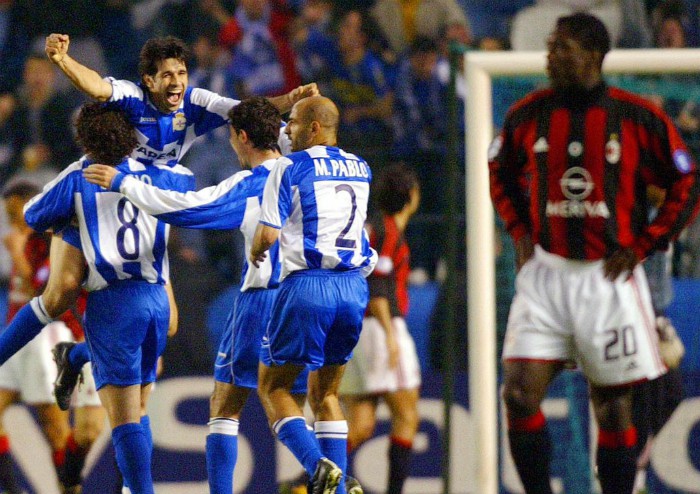 I’m sorry to mention another AC Milan defeat, but back in the early 2000s, they were the best. Perhaps that’s why we are a bit more surprised when perfection finally falls short; to defy the odds, teams have to overcome the impossible.

A team consisting of Shevchenko, Maldini, Cafu, Kaka, Dida, Crespo — need I continue — should be destined to win it all. But when those special underdog moments come through the cracks, the world goes mad, with every neutral scream at the top of their lungs: aghhhhh!

The above holds true for Deportivo La Coruna back in 2004 after they drilled four passed the defending champions. A result made more death-defying when you realize it was a comeback operation, having to overcome a 4 – 1 defeat from the first leg.

Football is fascinating. And no other club competition garners as much attention as the Champions League. It is the sports Holy Grail.

With the league expanding, shock results may become more and more common in the near future. Maybe we’ll be seeing Leicester City hold the title over a fallen Real Madrid. Now that’s something I’d like to see.