Glenn Murray scored a brace as Swansea’s 10 game unbeaten run came to an end following a 4-1 loss to Brighton and Hove Albion at the Amex Stadium. The result took the Seagulls to 12th in the table while Swansea, who were 16th going into this weekend’s round of fixtures, dropped back into the relegation zone.

The home side went ahead in the 19th minute with Murray stepping up to convert a penalty after Mike van der Hoorn had clipped him in the box.

Swansea had their chances to equalise but were unable to do so, with Martin Olsson slashing wide from the follow-up after Andre Ayew’s initial effort had rebounded off the post, and Albion keeper Mat Ryan doing well to save Ki’s stinging effort.

With Carvalhal opting to make attacking substitutions, Swansea were left thin at the back, and an intricate passing move between Gross and Izquierdo resulted in Murray slotting home his second of the game from close range. Four minutes later, Gross, the leading creator of chances in Germany last season, was at it again, releasing Anthony Knockaert to make it 3-0. 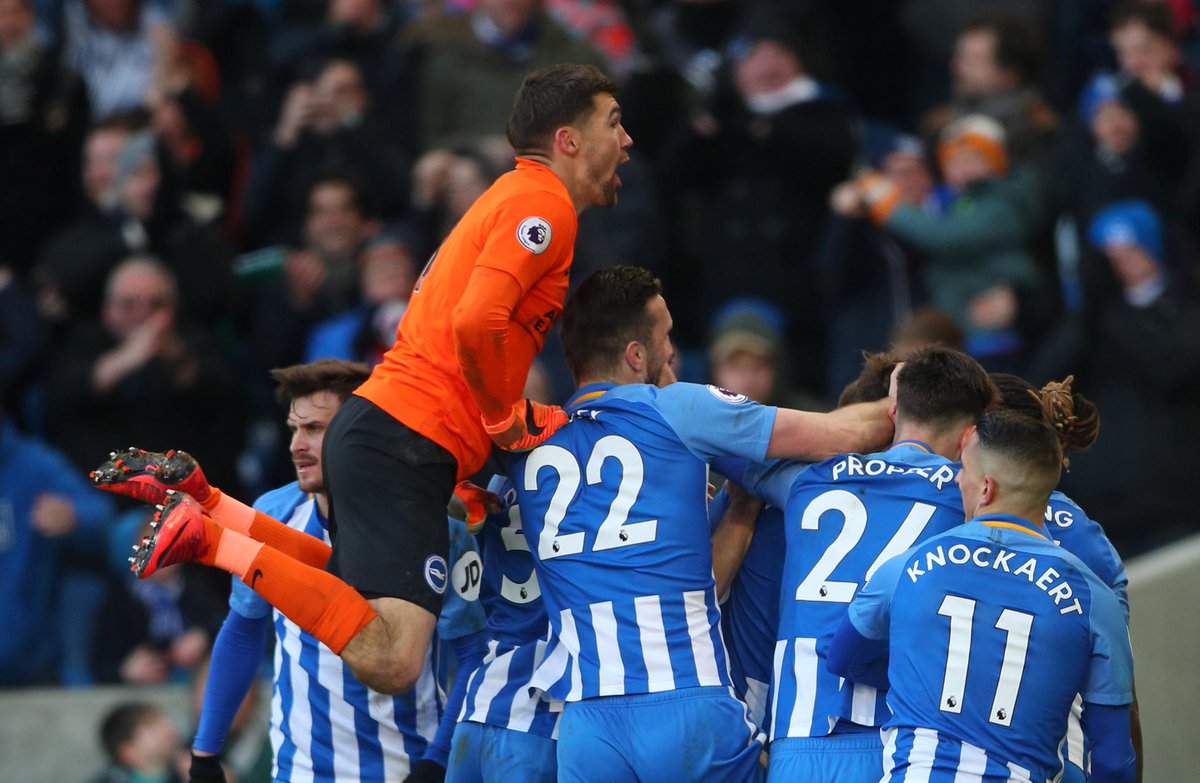 Swansea pulled one back when Tammy Abraham’s shot took a deflection off the unwitting Lewis Dunk (who equalled the record for most own goals conceded in a single season), but Brighton’s three goal cushion was restored through Jurgen Locadia, who netted on his debut for the Seagulls.

This is the first time Brighton have secured back to back home wins since September and extends their unbeaten run across all competitions to six games. They will host Arsenal in their next fixture while Swansea will take on West Ham in what promises to be a very crucial game for both teams.